Automation for a new era of smart manufacturing 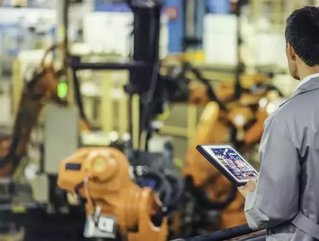 We take a look at the possibilities and potential pitfalls of automation in the manufacturing industry.

The drive for automation is showing no signs of abating, with new manufacturing centres increasingly requiring automation technologies to be built in. ‘Smart’ manufacturing has become the watchword for companies in the industry. The Siemens Smart Manufacturing Innovation Centre in Chengdu, China, for instance, opened on 21 May this year. Ericsson, meanwhile, is planning to open an automated smart factory in the United States in 2020.

In a manufacturing context, automation takes many forms. Whether that’s 3D printers removing human error from the equation, quality control software increasing throughput or robots able to assemble parts with unrivalled speed and precision. In recent years, this activity has been supercharged by the maturation of technologies such as artificial intelligence (AI) and machine learning. Enabling the ‘smart’ manufacturing of the future, such advancements help to imbue automated solutions with qualities of human workers. A ‘dumb’ 3D printer will continue to print even if there has been a failure in the process, wasting resources. A ‘smart’ solution employing AI and machine learning, however, could recognise failure and take measures to abort or restart the process.

The business case for increasing automation is obvious, but anxieties persist about the impact such technologies will have. Research by Oxford Economics has suggested that, by 2030, 20mn manufacturing jobs will have been lost to robots, with those losses disproportionately affecting lower-skilled workers and those in poorer countries. Such an outlook is tempered, however, by the expected creation of as yet unknown industries made possible by robots. A 30% rise in robot installations worldwide, for instance, was estimated to create an additional $5tn in global GDP. The world is well on its way to meeting such targets, with the number of robots used in manufacturing tripling in the last 20 years. Oxford Economics forecasts that the world will have some 20mn manufacturing robots by 2030. A totally automated or ‘lights out’ factory has the attendant benefit of not requiring systems necessary for human workers, such as lighting and heating, thus reducing energy consumption.

To fulfil this demand, numerous companies are rising to the challenge across automation sectors old and new. The world’s largest industrial robot manufacturer is Fanuc. According to Robotics and Automation News, the company has installed some 400,000 of its robots in factories worldwide. Originating as part of Japanese giant Fujitsu, the company became independent in 1972. It is most active in the field of numerical control systems, i.e. programmable machines which might be capable of milling, punching or otherwise manipulating items dependent on the needs of their owner. Indeed, the company’s name is an initialism of Fuji Automatic Numerical Control. With revenue reaching some $4.79bn in FY17, the company is headquartered in the small Japanese village of Oshino.

It is, of course, necessary to act with intentionality when implementing automated solutions, and consequently, the services of automation experts are often required. Multinational Emerson Electric dedicates one of the two sides of its business to providing automation solutions, and in FY17 the company’s revenue reached $15.26bn. Providing automation services to industry, Emerson tailors its offerings to specific clients, saying on its website that its expertise moves away from standard approaches developed in decades past. As part of this, one of the company’s focuses is on implementing the Internet of Things (IoT) in industry. Its Plantweb ecosystem integrates products in the areas of production, reliability, safety and energy management. Emerson’s expertise extends across a broad swathe of different industries, including automotive, food and beverage, oil and gas, packaging and miningz

As well as the work of established giants such as Fanuc and Emerson, the future of automation will require the input of newcomers. Wandelbots is a German startup with a focus on what the company calls a ‘human-centered’ approach to robot programming. Having raised €6mn ($6.73mn) in series A funding, Wandelbots hopes to explode and disrupt the existing system of robot programming, which differs between companies and systems, by introducing demonstration-based machine teaching. Wearing a sensor filled jacket, users can perform actions which are then replicated by robots, drastically reducing the time taken and cost of programming. “We are providing a universal language to teach those robots in the same way, independent of the technology stack,” says CEO Christian Piechnick in TechCrunch.

Though automation, as we envisage it today, has existed since at least the 1940s and the advent of numerical control, it is clear that we are currently at the beginning of a new era of automation. With AI, machine learning, drones and other technologies all driving new developments in automation, manufacturing as we know it is being transformed, bringing new levels of efficiency and entirely new possibilities to industry.