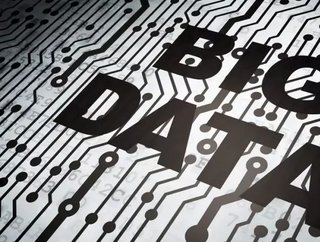 Our road-based transport challenges include:

• Strong expansion of other urban infrastructure (such as housing and office developments) which is not supported by the same level of investment in transport networks.

• An emerging trend of closed-loop and localised systems – such as the Gautrain rail network in Gauteng and the MyCiti bus network in Cape Town – with no national approach of integration of payment and profile management.

• A vehicle licensing department that remains very manual in its operations, often resulting in inefficient service levels for motorists.

Attracting commuters that are currently using private, individual cars requires more than just the penal approaches such as road tolls and emissions taxes. The trend towards better use of public transport requires transport operators to offer more attractive propositions to South Africa’s commuters and travellers.

The radical changes in the private taxi industry (the move away from traditional metered taxis, to the phenomenally popular disruptor, Uber) unfortunately doesn’t help in solving our transportation woes.

But, by cleverly tracking geospatial trends to understand user behaviour and congestion patterns, it becomes possible for transport operators to develop rail and bus networks that suit people’s lifestyles, and incentivises more motorists to move away from private transport.

With real-time data streamed to the right authorities – such as traffic police – it also becomes possible to minimise the impact in those ever-so-often cases where an accident causes traffic snarl-ups for kilometres. In these cases, authorities would be able to deploy resources to re-route traffic to different roads, and aid people in getting to their destinations on time, for example.

As viable public transport systems emerge, technology plays a central role in ensuring that they are designed and managed in the optimal manner. Ticketing could be digitised, with alerts sent to users when there are any delays or changes to schedules. With increased interoperability between the country’s various transport networks, one would be able to use the same card or payment mechanism to travel locally in any region, and over longer distances when making long-haul trips.

This also opens up a number of exciting possibilities for digital marketing – where transport operators can partner with local service providers in a specific area to provide coupons and discounts to commuters on a particular route, for example.

Another important point is that stronger use of technology in transportation has excellent synergies with crime prevention efforts. With video technology being a firm feature of traffic management, this plays a surveillance role – detecting suspicious activity and aiding authorities by tracking vehicle license plates and other information.

For any of these promises to become a reality, having a sophisticated system that manages huge volumes of data, and transforms it into useful insights, is absolutely critical. Data collection, warehousing, integration, and quality-control are essential facets for transport operators as they embark on their Big Data journey.

Numerous examples from around the world have shown that transport operators are able to effectively develop networks of road and rail systems that improve the lives of commuters and benefit the economy at large.

In the most mature examples, predictive analytics makes it possible to know how what volumes of commuters are likely to travel on specific routes, and make capacity-planning decisions in advance. And while this might still be some way off for South Africa, it is clear that there are many advantages to capitalising on Big Data – to not only enhance the convenience for today’s motorists, but also to make transport authorities and operators more successful and profitable.