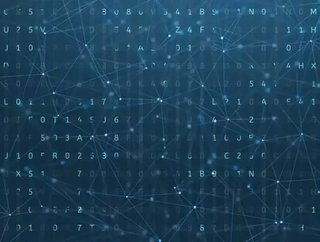 Blockchain technology, the underlying innovation behind cryptocurrencies, is a relatively new feature of the technology landscape in most of Africa. Indeed, when the cryptocurrency world exploded late last year, it was business as usual in most of the south, centre, east and west of the continent.

For comparison purposes, there are more than 500 cryptocurrencies globally, but only a few emanate from Africa. The continent might be playing second fiddle in the cryptocurrency game, but recent developments depict a continent which is slowly but surely finding its footing in the potentially disruptive blockchain technology space.

This newfangled technology is an open-source, decentralised platform that is not controlled by any central authority or government. It runs distributed ledgers which permanently record all transactions.

In Kenya, the government is taking the unprecedented role of championing this technology. On 1st March, Kenya’s president Uhuru Kenyatta launched the country’s first blockchain and artificial intelligence (AI) task force, mandated to critically look at how the technology can be deployed to solve local problems. An 11-member team, made up of topmost technology experts and blockchain supporters will develop a 15-year roadmap for blockchain adoption in only three months.

While cryptocurrencies and blockchain technology have become famous for being a means of exchange and a store of value, the government looks set to blend the with AI to create a facial recognition technology. This project will utilise pictures recorded by street cameras to enhance security in Nairobi, Kenya’s capital.

”I hope this revolution… will not leave Africa behind,” said President Kenyatta as he unveiled the blockchain task-force. Elsewhere, local entrepreneurs are deploying the technology to restore order in Kenya’s chaotic real estate sector.

Land Layby, a Kenyan real estate company, is creating a parallel, blockchain-based land registry that will complement the official government registry. As in most of Africa, huge chunks of Kenyan lands are held communally, meaning that most individuals have no title deeds. This in itself creates fertile ground for corruption and cartels, since officials are able to generate multiple title deeds which make land buying a potential goldmine for wayward land merchants and brokers. Such are the gaps that the Lands Layby team seeks to fill.

According to Peter Tole, who heads Land Layby, a publicly available online record will easily eliminate fake title deeds. At the same time, the government is developing its own blockchain database of land registries to streamline the sector.

Kenya is not the only African country that is deploying the blockchain technology. In Ghana, whose land sector is beset with problems that mirror those of Kenya, a start-up is using this technology to give more than 80% of Ghanaians some form of land ownership. 80% of land in Ghana is communally held, according to its lands commission.

Back in Kenya, other government agencies including public hospitals are quickly adopting the technology. The public health sector is building a decentralised network of 98 public hospitals to allow easy sharing of data among the institutions.

Interestingly, private firms are joining the bandwagon with an aim of disrupting their respective sectors. AIG, a multinational insurer was among the first financial sector players to adopt blockchain technology. It recently partnered with IBM to launch “smart contracts” policies that will execute automatically when certain parameters are met.

In the same light, a local startup is also targeting social savings groups with a distributed ledger application to help them track their records in a tamper-proof method. ”In the long term, this app will link individual savings groups to the global blockchain,” said Michael Kimani, the co-founder of ChamaPesa.

Not to be left behind, Africans have innovated to create their own versions of cryptocurrencies. One of these is Isaac Muthui, who recently launched a digital currency dubbed Nurucoin which runs on the Ethereum blockchain. Although the project is at the pilot stage, it has attracted thousands of investors. Nurucoin aims to enhance intra-African e-commerce trade by giving traders access to an integrated payment system.

A local bitcoin exchange, BitPesa, which has been operational for the last four years, sees a huge opportunity in global payments. According to Elizabeth Rossiello, who heads Nairobi based BitPesa, “blockchain payments are becoming a favorite mode of payments for multinational companies with local subsidiaries simply because they attract low fees”. If adopted, blockchain-based financial services could positively change the financial landscape.

While this technology seems to be gaining traction in Africa, there are hurdles that could stifle its widespread adoption.

First, cryptocurrencies are facing a widespread crackdown from regulators across the world. While some governments and regulators are supporting the technology, others, like Kenya’s Central Bank, have warned the public against trading in cryptocurrencies, likening them to Ponzi schemes. The fact that the government is at the forefront of experimenting with the blockchain technology, however, offers a glimmer of hope.

“The new technology is not just a backup for cryptocurrencies. It’s also applicable in a variety of sectors, including land. This is arguably one of those technologies that cannot be ignored,” said Prof. Bitange Ndemo, a Nairobi University don and the chairman of the newly formed Blockchain Task-force.