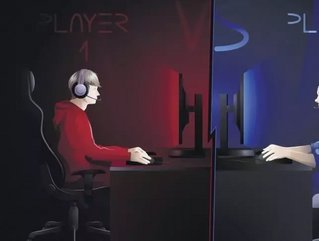 Leading international esports company, Gfinity, has announced a partnership with BT Sport in order to show tournament games from its Elite Series which are held at the Gfinity Esports Arena in London. Esports, which has become a cultural phenomenon online, will become accessible to a brand new audience.

The Elite Series will be featured on BT Sport’s broadcast platforms as of today, and this marks another breakthrough for Gfinity’s Elite Series this summer. This is the first time UK esports has had its own arena, and the first time an overall franchise champion will be hailed at the end of the tournament.

The tournament will showcase competitive gameplay from eight franchises made up of the best professional players plus stars of the future who have made their way through the Gfinity Challenger Series – a free online competition open to all. The team will compete in weekly head-to-head gameplay with finals happening on September 1st-3rd.

Neville Upton, CEO of Gfinity plc, said:  “We are very pleased to launch this partnership and deliver the Elite Series to our fans on TV, through BT Sport. BT Sport has shown a commitment to be at the forefront of sports broadcasting and this is an amazing opportunity to bring esports to a new audience in the UK, showcasing the incredible engagement and passion of the gamers and fans. We look forward to working with BT Sport to grow esports in the UK through engaging and innovative new content.”

Andy Haworth, BT’s Managing Director of Content and Strategy, added: “This fantastic tie-up with Gfinity marks our latest move to support and engage with the passionate and extensive gaming community here in the UK. The popularity of competitive gaming is growing rapidly and we are excited to announce that the inaugural season of the Elite Series will be broadcast on BT Sport.”