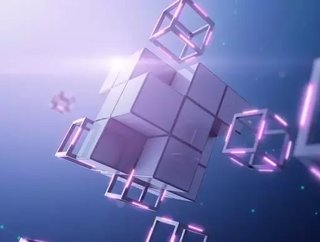 Organisations should be ready to strike as the blockchain hype increasingly becomes a reality, says Capgemini...

Pacesetters in the UK, US and France are leading the race when it comes to applying blockchain to supply chains, reveals a global survey by Capgemini.

The report, Does blockchain hold the key to a new age of supply chain transparency and trust? reveals how pace-setting organisations are now leading the way when it comes to deploying blockchain for supply chains.

Pacesetters are identified as those showing a greater level of organisational readiness, with end-to-end visibility and a clearly defined processes across the supply chain than early-stagers.

The 32-page brochure has been designed to inspire organisations to implement their own blockchain programs. “With that clear picture, they will be ready to strike as the blockchain hype increasingly turns to a reality,” states Capgemini.

“Over 60% of the pacesetters in our survey believe that blockchain is already transforming the way they collaborate with their partners,” says the report which points out the benefit of blockchain lies in transparency, traceability and immutability.

“Organisations should determine which pain points in their supply chain they want to address, clearly assess whether blockchain is the best solution, and identify the use case they want to initially run as a proof of concept before scaling up,” outlines the report.

To gain a deeper understanding of blockchain in supply chains, Capgemini Research Institute surveyed nearly global 450 organisations from manufacturing, consumer and retail that have blockchain underway from the initial proof-of-concept stage to pilot and at-scale stage.

The vast majority (87%) of organisations were at a proof-of-concept stage, 10% are at an advanced stage of experimentation and only 3% were deploying blockchain at scale.

“We assessed their approach to blockchain, the applications they are implementing and the challenges they face in scaling their initiatives,” states Capgemini.

Who is leading the race?

The survey identified a group of leading organisations dubbed “Pacesetters” who made up 13% of respondents that are either implementing blockchain at scale (3% of the sample) or have pilots in at least one site (10% of the sample).

According to the report the UK, US and France lead the way. “The presence of a large blockchain ecosystem in these countries probably explains their lead.”

One major challenge for organisations thinking of investing in blockchain is the Return on Investment (ROI). Both pacesetters (92%) and the early stagers (66%) consider this the top challenge for adoption.

Four-steps to becoming a pacesetter

The benefits of blockchain will only become a reality if once all parties are on the platform, including suppliers, carriers, wholesalers, distributors and retailers. Suppliers and other partners will need to co-invest to integrate with the blockchain platform for a smooth adoption.

When implementing proofs of concept, organisations should reconsider the use of ROI as the sole criterion for success. ROI does not capture the wider impact of emerging technologies.

One executive summarised their thinking about investing in an emerging technology: “This investment was primarily based on what I would call an ‘art business case,’ rather than a ‘science business case,’ and this was the right thing to do.

Organisations should look at securing all points of entry and assess the risks before they think of deploying their proofs of concept at a larger scale.

Thibaut Sahaghian, director at Stratumn, a blockchain startup, emphasised the importance of effective change management: ““The challenge with many digital transformations is capturing the right data – the quality of output is determined by the quality of input,” he says.

Organisations should either establish a new consortium or be part of an existing one.

Chris Ballinger, CEO and founder of the automotive industry’s, Mobility Open Blockchain Initiative (MOBI), believes it’s important to become involved at the right time. “[Blockchain is] a technology where the network effects will be very strong. If you’re not in at the very start, it may be too late,

However, the reports points out blockchain is not a silver bullet for all supply chain challenges.

“After assessing the need for blockchain, organisations also need to ensure they have the required talent for implementation. Technical expertise - such as experience in Solidity, a programming language for writing smart contracts - is a skill in high demand but short supply,” concludes the report.