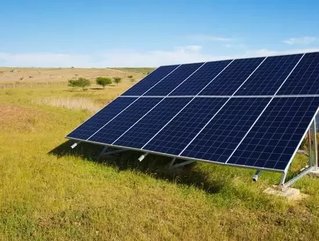 Televisions can be found in over 55 million households across Africa today, but the majority of these are only in cities. 44% of all African families live in rural areas with no grid power (estimated 600 million people), meaning they do not have access to safe and reliable energy. Not too long ago I heard about Lightning Africa helping many areas to become digital TV enabled, but what about those communities without access to this? We were inspired to create a TV that is affordable, safe to use and does not need grid power or a solar installation. Something that could stand on its own and give people TV and lighting in the wilderness.

Television is a big part of people’s lives around the world, but it is more than just an entertainment source. It can bring communities together and connect people in unique ways. Television is a form of education for those Africans that have no other source of contact to the outside world. It can empower woman in ways they never imagined.

Many families still risk fires or illness by inhaling toxic fumes due to the dangerous fuels they burn to generate power. In fact, over 500 million households in Africa still rely on kerosene to light their homes, as well as coal, animal waste and wood. The problem is that these fuels are cheap and easy to obtain. I wanted to find an out of the box solution that could genuinely improve the lives of these families, leading us to create the Cello Solar TV.

This is the first television to include a built-in lithium ion battery, a built-in solar controller and come with its own solar panel and smart antenna. Our biggest challenge was storing the energy the solar panel created, so it could be used efficiently and ensure the TV remained operational for a reasonable amount of time. This led to us developing our own patented ‘Smart Energy Management’ system, ensuring up to 10 hours of running time.

The Cello Solar TV has also helped to bring light into African homes safely through the addition of light bulbs, which can be plugged in and powered through the Solar TV. Plus, the USB ports allow families to easily charge devices from the comfort of their home, no longer needing to walk for miles to the local charging point. And getting your hands on the Solar TV is not difficult either, with a PAYgoTV scheme available to those not wanting to commit to regular monthly payments.

The point we wanted to make when manufacturing the Cello Solar TV is that it is available and accessible to everyone – even to those who still feel marginalised and isolated in today’s world. Here at Cello we specialise in creating televisions for niche markets. On a business scale you may assume that the Solar TV market is small, but there are still many people across the world that can benefit from digital and satellite television, which has an empowering effect on rural communities.

We may be a small British company, but we have big ideas and we’re not afraid to push boundaries to make television enjoyable for everyone.

Brian Palmer is the CEO of Cello Electronics