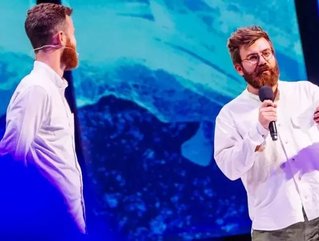 Leila Hawkins talks to Joe Iles, Digital Architect at the Ellen MacArthur Foundation, the charity that works with businesses around the world to promote circular economy.

The interview featured in the September issue of the Business Review Europe magazine, available to read in full HERE.

Circular economy is not just essential to stop the planet from running out of its natural resources, it can also lift the developing world out of poverty.

The Industrial Revolution saw the transition from making items by hand to using machines powered by steam and coal. This lifted a large portion of the western world out of poverty by making production more efficient, as well as developing railways, communication systems and banking.

But this was only the first revolution. The second, which extended into the early 20th century, brought electricity to industries along with the first cars and airplanes.

These advances were essential to growing the economy, which is how the linear system of producing and then discarding began. This inevitably resulted in harmful gas emissions and huge quantities of waste, and is still how the world works today. 250 years later, with the earth's natural resources and space to dispose of rubbish running out, this simply isn't fit for purpose anymore.

The more recent third industrial revolution uses technology and digitisation to automate services, but we are now in the midst of the fourth, which is taking this many steps further with innovations like artificial intelligence, 3D, the Internet of Things, self-driving vehicles, and cloud storage among many others.

The emergence of circular economy

Thanks to these developments along with wireless devices and smartphones, the world is becoming seamlessly connected, making it possible to reach out and help the communities who need it the most and all without harming the environment.

Just as the linear economy improved the livelihoods of vast swathes of the western world's population, the new circular economy, which consists of wasting less and making best use of what is already available by recycling and repairing, can have the same impact in the developing world.

Joe Iles is the Digital Architect at the Ellen MacArthur Foundation, the charity that works with businesses around the world to promote circular economy, founded by the former famous professional sailor. He explains that many developing countries haven't established the infrastructure of the linear economy in the same way there is in the west.

"One example is that in some lower middle income countries they didn't have landlines and there was no telephone communication, or it was very limited. Then mobile phones came along, they were cheap and accessible, so the landlines and that infrastructure never really developed. The hypothesis is that maybe they could skip over some of that linear infrastructure to something that's inherently more circular."

One of the places where there is a real opportunity for circular economy to have a big impact is India, where there are far fewer car owners than in the west. Iles explains: "If the Indian population followed the linear model we have, in the next few years we'd see more and more people buying cars. Why would we do that? Let's go straight for an on-demand, shared multimodal transport system that works out better for the customer, better for cities and the urban environment, and is a way better use of resources and energy."

This form of transport Iles talks about is currently being created by LG Electronics and Volkswagen. “A group of neighbours, friends or family will share ownership of one car,” Iles says.  "The idea would be that you save on the financial burden of owning, maintaining and running a car, by accessing it rather owning it outright."

The motor industry is a particular focus. “The average car in the EU is sat in the driveway doing nothing for 95% of the time, which isn't a good investment,” Iles continues. “Then when we're using it, 3% of the time we're just sat in traffic or looking for parking.”

Other initiatives embedding this new model include companies renting out top-of-the-range gadgets like Apple watches, iPads and virtual reality headsets, retailers selling make-up cases that can be refilled with beauty products, and manufacturers refurbishing medical equipment making it available at a lower cost to hospitals. These are all designed for customers to avoid buying brand new equipment and discarding them when the latest models are released.

Large organisations are also implementing telemedicine services for patients to be treated remotely such as Philips, and in India, Apollo Hospitals. This will address doctor shortages, benefit overstretched health services, and could make healthcare much more accessible.

Circulating out of poverty

Sweden has taken a particularly progressive direction with its policy of reducing VAT on repaired and refurbished goods. There have also been a few countries springing towards it that Iles wasn't expecting to be so forward-thinking. "It always amazes me. Awareness of circular economy is cropping up in countries that wouldn't necessarily be your first thought. Rwanda appeared last year on our radar as they are considering circular economy as a development strategy. Emerging nations might be the ones who surprise us with ambitious policies and directions."

The Ellen McCarthur Foundation has predicted there could be huge benefits to people's income. By 2030 it believes EU households could see an increase of €3,000 a year in disposable income, which is 10% more than if the economy follows its current path. "We put it down to a reduced cost in products and services, and the conversion of unproductive to productive time," Iles says.

This would apply globally too. In India, for instance, there would be 15% less spending on food and a decrease of 24% in transport costs.

"You can read all these things about how the world is getting better and standards of living are increasing,” says Iles. “These are sweeping statements, but I mention them because if we want everyone around the world to alleviate poverty and to pursue sustainable goals, we don't believe you can do that on a linear development path. It's something that worked quite well when you had lots of energy and resources, and places to put stuff when you didn't need them anymore, but we don't think those conditions are reliable in the 21st century.

"If we largely agree on that, and most people do agree that those are issues, then what's the alternative? That's why for me personally, a circular development path is definitely the best approach."