Connecting to the internet in Africa: What&#039;s next? 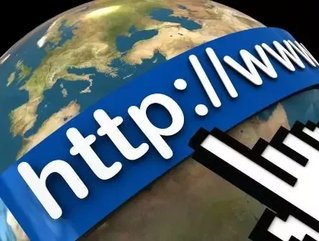 Much has been written about the use of the internet in Africa. With broadband infrastructure still lagging behind compared to other continents, critics would say that getting individual states to agree terms on regulations with private investors is a constant struggle.

However, this year's sixth annual Internet Governance Forum that took place in Nairobi in September finished on a rather more upbeat note. With more than 2,000 attendees, the theme addressed the benefits the world wide web can bring and was entitled: Internet as a catalyst for change: access, development, freedoms and innovation'.

To get an insider's view of the internet landscape in Africa, African Business Review spoke to Patrik Fältström, a member of the ICC-BASIS panel and an adviser to the chair at Internet Governance Forum. BASIS is a special project created by the International Chambers of Commerce (ICC), focused on raising awareness of how businesses can continue to contribute to the continued development of the Internet. Fältström is a Consulting Engineer in the Office of the Chief Technical Officer at Cisco Systems.

“Historically, decisions on legislation have been taken inside a country. Before 1990, each country had one telecommunications business usually owned, whether in full or in part, by the government,” he says.

“Since then, there has been a big change. In reality, most telco networks are now run by private entities and because of that you get this discussion between government, companies and civil societies on what the telco service is involved in, how to handle openness and human rights issues. These groups can work together to ensure maximum growth, specifically in developing countries.”

In the past two decades, Fältström continues, the explosion in internet traffic has forced internet service providers (ISPs) to meet the growing demands of consumers – in whichever method people choose.

“Using a cellphone to go online is extremely popular. What's important is that ISPs can deploy fibres, access the frequency spectrum needed and create more competition and openness in general. It is vitally important that end users can choose providers' services freely with free-flow information and without implications to their personal privacy.”

But read any article or reportage on the internet in Africa, and it will probably hint at the overwhelming lack of infrastructure that still threatens the widespread access across countries that states in Europe and the US have enjoyed. What is the reason for this? It differs from country to country, says Fältström.

“To deploy fibres and cables, you need lots of investment from private equities. In countries such as South Sudan, it is so unstable that no company has any interest in making an investment. In other places, very strong regulations are in place so they are not allowed to. This is why multi-stake holder meetings are very important.

Fältström maintains that local knowledge and interaction is crucial in developing internet connectivity, pointing to the example of the Kenyan mobile banking service M-PESA.

“There must be the ability for people to create content in local language – using an English script works in Kenya but not in other parts of the continent that speak Arabic. We have been lacking international standards but are getting it now – things such as internationalised domain names, WordPress which handles Arabic script. As more and more content is created locally, more traffic will be staying in the region which in turn decreases the cost for ISPs as international traffic is more expensive.”

“It's only people locally who know the services they will use – in Kenya M-PESA is the number one service, but no one outside the country would have known that. One thing I hear is that people in western world have been trying to provide services to people in Africa that we believe they need rather than giving them the tools to go out and set up things for themselves.

“One must see IT as an enabler to increase the standards in a country. At Cisco we call it 'country transformation' - with the help of IT effective processes can be put in place.”

One important aspect to consider when assessing the future of African internet is the scope for growth – an incredibly attractive prospect for potential investors, says Fältström.

“People want to make investments where there is growth. In Sweden, where I'm from, and other western countries, cell phone penetration is already over 100 percent which means that if you want to grow, people either have to buy another cellphone or you have to obtain market share of competitors.

“But in emerging markets there is more market growth which is the real enabler, it triggers the interest of investment and its this that grows the market so they go hand-in-hand.

“A lot of African income is from tourism or trade and countries exporting materials. With IT tools, it may be easier to go up the value chain and sell products rather than materials. It is also better for tourism if hotels have good connectivity – especially for business people that will often only stay in a hotel where they can log on to emails and do work of an evening.”

Although Fältström is aware of potential obstacles and has realistic expectations of time frames for change, his outlook for the future of internet access in Africa is positive.

“I am nervous about countries that do not understand that deregulating and enabling competition is a good thing - latecomers to the table. But then these annual IGF meetings as well as regional ones that are held throughout the year should help.

“Africa can also learn from other countries' mistakes made in regulation and investments. If they do it the right way, they can gain really modern internet access broadband access and regulation in a cheaper way than we can in Europe because we have such a history in terms of rules and contracts - whereas Africa doesn't.

“Just because the situation is complicated, there is such a great chance of getting good growth which is why it is so important that all stakeholders work together to identify problems – only together it is important to get country transformation that emerging markets need. Thats why western countries are such strong advocates for multi stake holder discussions.”