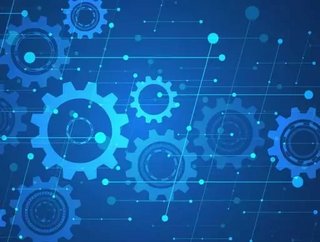 The combination of automation solutions and humans will form ‘superteams’, according to a new survey from Deloitte looking at the ‘art of the poss...

The combination of automation solutions and humans will form ‘superteams’ in the workplace, according to a new report from Deloitte.

Deloitte’s report, Automation with intelligence; Pursuing organisation-wide reimagination, looks at the impact of COVID-19 on automation strategies and the use of cloud and automation-as-a-service to ensure scalability and rapid deployment.

According to Deloitte’s annual global survey of executives, 73% of respondents said their organisations have embarked on a path to intelligent automation – a 58% rise from last year – a process which will combine technology and the human workforce to create ‘superteams’.

“It seems that robots - although still bearing the burden of deep-seated human stigmas - have entered the mainstream. The challenge is no longer how will we accept intelligent automation in the workplace, but how can we apply it wisely and to the greatest benefit,” comment Deloitte.

The COVID-19 pandemic forced many organisations to rethink how they work. “The wheels of progress had already been turning; of all survey respondents, 78% are implementing Robotic Process Automation and 16% plan to do so in the next three years,” said Deloitte.

Deloitte point out that organisations need to acknowledge transformation is necessary. “It starts with making a conscious choice about what they want to achieve, based on the ‘art of the possible’. This decision is then fed into a robust and realistic intelligent automation strategy.”

However, only 26% of Deloitte’s survey respondents that are piloting automations - and 38% of those implementing and scaling – admitted to having an enterprise-wide intelligent automation strategy.

Barriers to success were cited as: process fragmentation and a lack of IT readiness were ranked by survey respondents at the top (consistent with responses in the past two years) with resistance to change followed by a lack of a clear vision.

“Inevitably, there is work to be done for business leaders aiming for a transformation that delivers end-to-end intelligent automation. Breaking down functional and process silos is a must, as is augmenting business processes by combining complementary tools and technologies,” comment Deloitte.

The survey revealed untapped opportunities in the areas of process monitoring and process mining. These tools can speed the discovery of inefficiencies and most respondents agreed that they drive better outcomes.

Automation-as-a-service (AaaS) is gaining popularity as a critical way to deliver intelligent automation in the next three years. A total of 64% of respondents said they use some form of AaaS, most often for end-to-end development, followed by management and maintenance of automations, the development of automations.

“Cloud technology is also becoming more widely regarded as future enabling technology for automation: Almost half of survey respondents already use it for some of their automations, and 13% run automations solely on cloud infrastructure.

“However, 11% do not plan to use cloud infrastructure for automation solutions, overlooking its ability to keep pace with demand and be scaled to ensure capacity is always optimised: a key benefit in minimising operating costs,” says the report.

The introduction of intelligent automation will have an impact on the workforce but only 58% of organisations polled had not considered the implementing and scaling of this technology.

“Such a myopic view of transformation may filter out a key benefit: combining people with automation solutions to form ‘superteams’. An all-encompassing approach is needed – one that enhances resilience and adaptivity with humans front and centre.

“Those organisations that have recognised the integral human aspect are training workers affected by automation, and seemingly placing emphasis on uniquely human skills: 59% of respondents said their organisations are focusing on process skills, like active listening and critical thinking, says Deloitte.

The survey shows advances have been made in intelligent automation. “But the race to our robotic future is not quite won, because adoption does not guarantee added value. Those that see the greatest benefits from automation will have engaged in entity-wide transformations, rooted in forward-looking, human-centric strategies,” concludes the report.