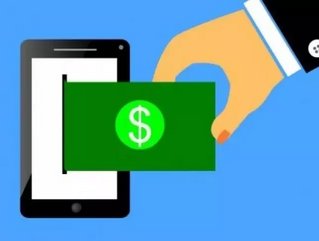 Figures from WorldRemit, a global money transfer company, have suggested that the amount of money sent to sub-Saharan Africa via mobile is set to reach as high as $33 billion this year.

Kenya, South Africa and Uganda account for the lion’s share of this money; they represent the continent’s largest money transfer market. Nigeria alone accounted for $21 billion despite some recent stagnation.

A study conducted this year by GeoPoll and World Wide Worx, surveyed phone users in South Africa, Nigeria, Kenya, Ghana and Uganda and found that internet browsing was at a significant level in those markets, standing at an average of 40 percent.

In recent years governments across the continent have brought in favourable regulation to help telecommunication companies expand; banks have subsequently worked hard to compete with these newcomers

WorldRemit recorded that, out of 261 mobile money service providers across the globe, half of these are in sub-Saharan Africa.

Alix Murphy, senior mobile analyst at WorldRemit said: “There are currently two and a half billion unbanked people in the world. One billion of these people already have access to a mobile phone and so a potential means of accessing financial services.”

According to studies undertaken by the African Development Bank, the average for mobile banking penetration stands at 33 percent across the continent, however there still remains massive inequalities in these figures.

South Africa stands at 88 percent penetration, whereas Burundi languishes at 7 percent. For comparison, the average mobile banking penetration for Europe is 38 percent, which partly shows that Africans have leap-frogged traditional computer based banking in favour of mobile.

Check out the latest issue of African Business Review.