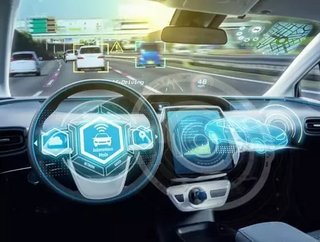 The pace of technological change in the transport industry has accelerated beyond belief. From the first ever automobile to the potential of driverless cars ushering in the next transport revolution, we are constantly striving to innovate and improve our mobility.

There is a huge difference between how we develop and manufacture driverless cars to deploying them on public highways. There are significant challenges to overcome: from the co-existence of driver-controlled vehicles and autonomous vehicles to the policy issues and cultural attitudes which could define their success.

Addressing these issues will require investment of capital, resources and expertise to create a digital infrastructure which is capable of supporting a commercial rollout of autonomous vehicles.

While the challenges appear immense, a new report titled ‘Anticipating autonomous: the UK’s driverless future’, commissioned by London’s Smart Mobility Living Lab (SMLL), shows that the prevailing attitude towards connected and autonomous vehicles (CAVs) among business leaders is a positive one.

The UK is rife with innovation. The concept of co-innovation has emerged as a way of promoting better collaboration between the industries and organisations who are leading this innovation.

SMLL is a co-innovation project led by TRL and powered by government and industry partners including Cisco, Transport for London (TFL), DG Cities, Queen Elizabeth Park, Cubic and Loughborough University. The overarching aim of projects such as these is to accelerate the market readiness of CAVs safely, providing easy to access testing for perspective customers so they can fully understand how their vehicles and technologies will behave in a real-world environment. Beyond this, the project has ambitions of creating a mutually beneficial ecosystem – including the public sector, academia, big industry players, start-ups and everyone in between.

Alongside SMLL, the UK is home to Silicon Roundabout and the Golden Triangle, and innovation centres such as Mi-IDEA and IDEALondon showing that the UK possess the resources to disrupt entire industries through technology. However, these hubs and projects aren’t just present in the UK. Across Europe we’re seeing countries such as Estonia, Sweden and France make great strides in terms of innovation, but so far the UK is matching these nations stride for stride.

We cannot stop there. It is vital that the UK maintains this pace, by embracing innovation and collaborating to invest in new projects which will drive change in challenging industries, such as transport and mobility. The key lies in bringing together the right people, united by a common challenge or opportunity.

If there was just one reason for implementing driverless cars in the UK, it would be to make roads safer. For consumers, attitudes towards the safety of CAVs are on a positive trajectory. Deloitte’s 2018 Global Automotive Consumer Study found that less than half (49%) believe that self-driving vehicles will be unsafe, down from 73% in 2017.

Beyond safety, SMLL’s research found that industry experts are excited about the wider role CAVs will play in British society. Almost half (49%) highlighted increased mobility for elderly and disabled people as a key benefit.

With the latest ONS projections showing that there are likely to be an additional 8.6 million people aged 65 years and over in 50 years’ time, the potential of CAVs to increase opportunity and mobility for elderly and disabled people is a major benefit.

Improving peoples’ access to the world around them will have a positive impact on quality of life, whilst opening the door to an untapped demographic for local shops, businesses and service providers. In economic terms, our research found that 62% agreed that CAVs would have a positive impact on UK GDP – indicating a belief in the ability of CAVs to bring tangible commercial and societal advantages.

The future looks bright for autonomous vehicles – 84% of those surveyed in our study believe that they will be made available in the UK within the next decade – a huge vote of confidence.

While real-world testing and regulatory standards are crucial to insuring the future viability of CAVs, it is also hugely vital to ensure that the necessary technological infrastructure is in place to support them.

Given the diverse array of challenges to overcome, bringing driverless cars to UK highways will rely on a process of co-innovation – bringing together the leading movers and shakers from the transport, automotive and technology industries with policy makers and local governments. The engine of success for this lies in creating the correct environment. Taking ideas on this journey requires investment, entrepreneurship, collaboration and disruption – key facets which have led to the UK becoming one of the world’s leaders in tech invention.

SMLL optimises this process by bringing together experts such as Cisco, TRL, TFL and DG Cities to collaborate on setting a path to solving the complex web of challenges posed by a commercial rollout of CAVs in the UK.

The testbed will become the place to go for advanced real-world CAV and transport testing – where technology and service providers from related and unrelated industries can look at the entire connected transport environment and get their products and services market-ready, faster.

The UK is leading the charge to create a road network used predominantly by CAVs. The journey has already begun.

Nick Chrissos is the Director of Innovation for Europe at Cisco