E-commerce in the Middle East is expanding 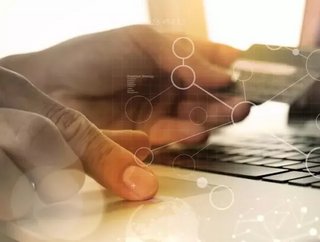 Money has always changed with the times and developments in technology.

China’s switch from coins to paper money in 600 BC was driven at least partly by improvements in papermaking. By the time the European explorer Marco Polo visited the country in the 13th Century, printing technology was making its presence felt. So much so that where US banknotes today say ‘In God We Trust’ the Chinese imperial notes allegedly carried the threat, ‘Counterfeiters will be decapitated’.

Today, the way payments are made is changing faster and more fundamentally than at any time since the invention of money. And it is again being driven by technology. Specifically, by the imminent and explosive arrival of the interconnected world.

It’s a real and increasingly visible phenomenon. For example, smartphone penetration is becoming almost universal in G-20 countries and web access worldwide continues to grow at a staggering rate. Over 42 percent of the global population already has internet access, and pundits predict that it will approach 100 percent by 2020.

That picture has serious implications for commerce: especially in the Asia Pacific region, where mobile and online commerce is exploding even faster than in any other region, according to our recent whitepaper Interconnected Commerce – A Revolution in Value Creation.

Regulation and innovation have shaken up the traditional payments market, creating new revenue streams and purchasing options. The ease and availability of electronic payments have resulted in more customers buying products and services online and mostly through their smartphones. Though the Middle East’s e-commerce market is expanding and expected to rise to $10 billion by 2018, performance of e-commerce portals will remain a crucial benchmark in the sector’s maturation. A widely quoted study by the Aberdeen Group notes that even a one-second delay in page load time can result in 11 percent fewer page views, a 16 percent decrease in customer satisfaction, and seven percent loss in conversions.

While the current payments ecosystem is robust, stable, reliable, and mature, it lacks flexiblility, fluidity, and extensiblilty. But one thing is becoming clear: while the core payments processing system is really good at payments, it’s not very good at much else.

Leaders in several different payment organisations have begun discussing an interconnected commerce ecosystem for services that support payments and commerce.

In much the same way, an open commerce platform supporting commerce and incorporating payments is a logical next step in payments evolution. As currently envisioned, the interconnected commerce platform would be a network of companies, processes, and systems connected on a common, open network.

The network could provide a wide array of capability to every participant in the ecosystem, linking to online and offline commerce, the IoT, mobile service providers, small-to-midsize- business services companies. Connecting to any organisation where the effective delivery of products and services enabled by commerce and payments has value, whether that might be healthcare, insurance, hospitality or professional services.

And, just like payments, the commerce ecosystem would benefit from the network effect – creating incremental value with every additional node.

The implementation of this vision will require a cooperative effort from participants across the ecosystem, working with organisations capable of developing and managing a network of millions of nodes and billions of connections.

A ‘meeting place’ a central hub that can interact with and manage access to the disparate platforms and systems, is also needed. While the potential of interconnected commerce is powerful, without a central hub to manage the network, the result would be chaos. The vision also requires standard protocols that allow systems to communicate with each other.

The effort could be led by small group of companies across the commerce spectrum: network service providers, merchant acquirer/processors, hardware and software developers, issuers, and other organisations.

It’s a complex undertaking requiring significant resources and time to implement. However, the benefits could be world-changing, creating a network of commerce enablement that, linked with the payments infrastructure, could actually redefine global commerce for the 21st century.

John Knuff is Vice President of Global Ecosystems at Equinix