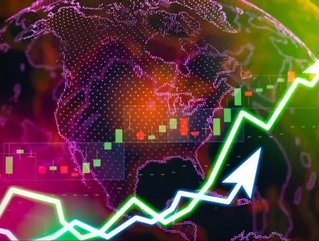 The fund, which also includes SoftBank as a strategic investor, will target founder-led, high growth technology companies with global scale and impact.

Mubadala made the announcement during London Tech Week, a week-long festival of technology and innovation focused on creating new innovative investment opportunities in the UK.

Ibrahim Ajami, Head of Mubada Ventures, commented: “We see strong potential in the European tech ecosystem with an array of dynamic, founder-led companies seeking funding and support from a committed partner. Mubadala has the global network of large assets and relationships and a partner mindset to accelerate the development of Europe’s high-growth tech companies.

“This strategy builds on the foundations that we built in the US with our ventures efforts. Innovation and technology continue to play a key role in the economic diversification of the UAE and we are well-placed to build a bridge to bring exceptional European tech companies to Abu Dhabi.”

Mubadala has over a decade of experience of investing in the technology sector, beginning in 2007 when it acquired a significant stake in Advanced Micro Devices.

In addition to this, Mubadala owns GLOBALFOUNDRIES, the world’s second-largest pure-play semiconductor manufacturer.

The planned investment in Europe’s tech firms comes as research from the International Data Corporation (IDC) highlighted how underprepared European companies are to transfer to multicloud operations.

IDC surveyed more than 600 key business executives about their cloud plans and only 9% were found to be ready for multicloud adoption, despite the technology being widely recognised as mission critical for companies in the near future.