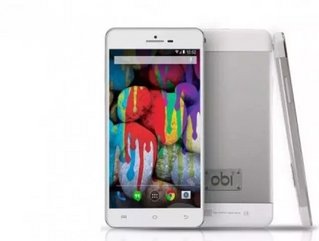 Obi Mobiles is the latest smartphone company to make a move into the Middle East market with the launch of five new models.

The company, based in India, is headed up by former Apple CEO John Sculley, and is one of a host of operators including the likes of fellow Indian firm XOLO to burst into this lucrative space.

Sculley is looking to assume an eventual five percent market share in the Middle East. He told Gulf Business that the company is looking to recreate some of Apple’s brilliance while pricing it towards those who perhaps cannot afford the likes of the new iPhone 6.

Obi Mobiles will look towards the Octopus S520 to carry its brand image in the region. The flagship phone has 1GB of RAM and 8GB of storage and is powered by an octa-core 1.7GHz processor. It also has an 8MP rear camera.

At the other end of the spectrum the Falcon S541, like the Octopus, has a five-inch screen but is less powerful (1.3GHz quad core processor) and has less storage (4GB).

The devices will be sold first in the UAE before entering most of the lower Gulf and then onto the rest of the region. Around half a million smartphones are sold a month in the Middle East.