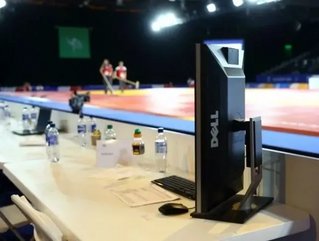 While Glasgow 2014 wowed audiences of more than two billion across the globe, behind the scenes a huge-scale technology operation unfolded that provided vital services to not only viewers but 4,500 athletes and more than 17,000 officials, staff and volunteers.

Building on previous involvement with the Delhi and Melbourne Games, Dell became Glasgow’s Official IT Hardware and Data Centre Supporter, one of a host of technology vendors active alongside the likes of Virgin Media, Cisco and Toshiba.

Several years of planning boiled down to 11 days of competition and a decommission process of just 24 hours across many of the 40 competitive and non-competitive sites.

Charged with ensuring a smooth IT operation is Brian Nourse, Chief Technology Officer for Glasgow 2014. He said: “Technology underpins everything at the Commonwealth Games and we have multiple sites across Glasgow that require a fit-for-purpose technology solution.

“One of the biggest challenges is dealing with a variety of venues, some with existing infrastructure which we build on top of and some temporary structures without any.

“Dell’s role has been crucial in ensuring that we have a robust, flexible infrastructure in place that can guarantee everything runs flawlessly – both in the planning and staging of the Games, and during the 11 days of competition. It has been a very successful and constructive partnership”

Translated into machinery, Dell’s contribution included an enormous 2,400 OptiPlex desktops and laptops, 2,300 monitors and 50 PowerEdge servers and EqualLogic and PowerVault storage solutions across all 40 sites.

In total 123 terabytes of storage was provided, enough to hold more than 80 million photos.

Arguably the most important venue Dell supported was the Technology Operations Centre (TOC), responsible for the monitoring, operation and management of all Games technology and services and based at Commonwealth House in the centre of Glasgow.

A range of laptops and desktops alongside a Dell-manned support desk helped the 140 permanent staff provide instant responses for spectators, athletes and organisers.

This includes the real time provision of results, which was reliant on Dell equipment to gather and present statistics to huge audiences online, on TV and at venues themselves. Onsite journalists also made use of Dell technology to prepare and file stories.

Throughout the event, Scotland’s largest ever sporting spectacle, the TOC operated 24 hours a day split into two shifts and a night shift, ever present to swat any technical issues from any of the sites.

For the 6,772 athletes and officials using the Athletes’ Village, Dell tablets allowed them to keep in touch with friends and family.

The Games also attracted well over 50,000 volunteer applications, with details of applicants being held securely on company servers.

Tim Griffin, Vice President and Managing Director of Dell UK, commented: “Technology is often the unsung hero of the sporting world. Nearly everything, from coverage of the events and ticketing, to how athletes perform and results are reported, requires a high level of technology support.

“The Commonwealth Games is a world-class sporting event that requires world-class technology support – something we have committed to and are very proud to have delivered.”

Dell can also boast success in the pool, on the track and in the velodrome thanks to its young athlete ambassadors.

This year’s Games is part of Griffin’s objective to increase brand awareness of Dell and showcase its potential to support large-scale events in the world of sport.

“This has been a real journey for the company and our public perception,” he said. “One of the most common things customers have said about Dell in light of this summer has been ‘I didn’t know you did that’.”

Prior to the Commonwealth Games, the company’s main sporting commitments centred around Caterham’s F1 team. To offer trackside support, it developed a mobile data centre which collects and processes thousands of megabytes of data.

Off the track, the team's high performance computing infrastructure drives the design of F1 cars through advanced technology such as computational fluid dynamics, which replicates wind tunnels to improve aerodynamics of the racing machines.

Regarding the future use of technology for the Commonwealth Games, Nourse acknowledged the need to move towards solutions in the cloud sphere in order to maintain a continuous improvement for each event.

This and more will no doubt be discussed in the analysing and evaluation phase of the technology operation which will be in motion once the dust has settled on what many have described as a standout Games.