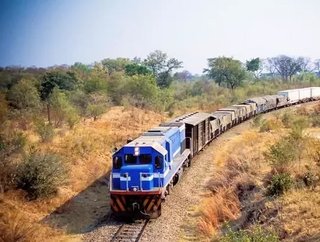 Africa’s population is rocketing, as is the demand to boost intra-African trade. The solution? Huge new infrastructure schemes. This year, African governments and private entities will push forward with a number of important infrastructure projects, including railways, ports, and even new cities.

Here’s a swift roundup of the biggest developments coming to the continent in the next few decades.

The Common Market for Eastern and Southern Africa (COMESA), the East African Community (EAC) and the Southern African Development Community (SADC) started work on the North South Corridor in 2009. The series of roadways and railways spans seven countries and costs approximately $1 billion in total.

Chinese firm China Merchant Holding International have partnered with the government to build this $11 billion East African port. The goal is to serve domestic markets and landlocked countries in wider east Africa (e.g. Uganda, Rwanda, Burundi).  Construction of this port will take place in phases, as and when required. The estimated completion date is 2045.

Kenya’s new port rivals Bagamoyo for the title of largest port in sub-Saharan Africa. Like Tanzania’s new port, work on Lamu will take decades. Preliminary work has begun, although funding is still being finalised.

The first phase of the $7.5 billion Modderfontein City construction project kicked off in 2015. Chinese company Zendai Group are financing and constructing the dwelling, set north-east of Johannesburg. The final product is this: a South African community occupying tens of thousands of hectares. In the words of Zendai,“the New York of Africa”.

The completion of the Addis Abab-Djibouti Railway was officially marked today at a ceremony in Djibouti. The 752km track links Ethiopia’s capital with the Port of Djibouti. The new railway can reach speeds of 160 km/h for passenger trains and 120 km/h for cargo trains. It will cut cargo journey times between the Port of Djibouti and Addis Ababa from three days by road to just 12 hours. Trial services for the new $4.2 billion railway began in October 2016, with regular services transporting goods and passengers expected to begin early this year.