Fuel Bunkering in Oman: Behind the Scenes 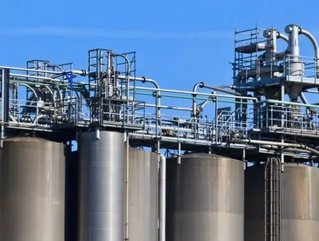 Compared with others in the region, liquid bulk storage facilities in Oman remain modest, but millions of dollars are being injected into new bunkering infrastructure and pipelines, which will bring unrivalled connectivity between the Sultanate’s burgeoning logistics hubs and inland regions.

With this in mind, there is much to look forward to in 2015, despite what has proven a turbulent year for some sectors.

There is a lot being said about the liquid bulk industry at the moment. The foreclosure of OW obviously has massive implications for the global bunkering industry, oil prices have dipped dramatically and while they are beginning to rise, no one is sure how long for. On the flip side of this, the value of petrochemicals like PET is increasing.

Increasing costs and regulations surrounding shipping fuels have also caused a rethink with the IMO deadline to reduce sulphur oxide content in fuel to an unprecedented 0.1 percent approaching fast. This has prompted huge investment in LNG technologies, but it does not mean that we simply abandon oil, that would be impossible and impractical.

The uncertainties surrounding global oil production and price have done little to suppress interest in liquid bulk storage and projects at SOHAR, where work is moving at a rapid pace to ensure infrastructure and services remain ahead of the curve. A balance is also being struck between infrastructure, industry and storage.

Hundreds of kilometres of new pipeline are being laid by Orpic, including a two-way product pipeline between Muscat and SOHAR. A new storage facility will be built in the capital as part of the project, and will link to existing storage facilities at SOHAR. This will be the first of its kind in Oman, and will eliminate the need to truck refined products, which will translate into a 70 percent drop in road traffic, as well as efficiency gains.

Construction of the pipeline and oil tanks is expected to commence in early 2015 and is due to be commissioned around the second quarter of 2017. Once complemented the pipeline network will have a total length of over 280km and will make it possible for over 5.4 million cubic metres to be transported.

Meanwhile, having also agreed a US$2.8 billion financing package for the ongoing Sohar Refinery Improvement Project, Orpic is to expand the capacity of its SOHAR refinery, from 120,000 to 180,000 barrels per day.

On other fronts, service providers MXO, and Fendercare and SPT, have agreed deals to expand and set up respective in-port bunkering and ship-to-ship LNG operations at SOHAR. As one of the leading providers of refuelling services, MXO added a 6,000 MT IFO Barge and 500 CBM Gasoil Barge to its fleet, while the LNG service will be among only a handful provided worldwide.

In addition, MXO are planning to add ex-pipe fuel deliveries via an exclusive 43,000cbm storage agreement with Oiltanking Odfjell. Meanwhile, they will build a fully-renewable PET manufacturing facility that will produce over a million tonnes of environmentally-friendly packaging materials and generate liquid bulk volumes. The expansion at SOHAR is underpinned by its world-class storage facilities.

All of these projects are significant for SOHAR and for Oman, as they demonstrate that the appetite there is for foreign and domestic investment in Oman's liquid bulk sectors. At the same time, getting these valuable commodities in and out of SOHAR would be near impossible if it were not for the storage facilities and logistics services at our disposal.

Taking advantage of our strategic location outside of the Strait of Hormuz, Oiltanking Odfjell has established a diverse and flexible terminal facility for storage and handling of petroleum products, chemicals and gases.

As such, the terminal supports both trade and cargo flows in the Middle East region, as well as flows from the Gulf to other continents and regions. Multiple deep water berths, a flexible system, and high pump capacity are also set up to offer a quick and efficient vessel turnaround.

Edwin Lammers, Executive Commercial Director at SOHAR Port and Freezone, is one of 20 world-leading experts set to speak at Tank Storage Middle East. The conference and exhibition take place from 26 - 27 January 2015, at The Abu Dhabi Exhibition Centre, Abu Dhabi, UAE. To find out more visit www.tankstoragemiddleeast.com