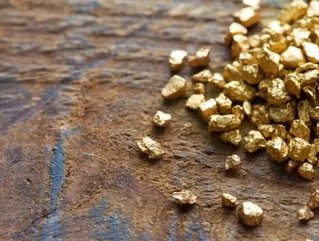 Gold Fields will pilot two new techniques at its flagship South Deep mine, the last remaining asset in its South African home base, as it tries to unlock value from the world's second-largest gold reserve.

Chief Executive Nick Holland said at an earnings presentation that the new methods at South Deep, a fully-mechanised operation, were in a bid to meet a target of producing 700,000 ounces a year there by around 2018.

Currently, Gold Fields is using a system called "destress mining" in which horizontal cuts are made into the rock in such a way that a lot of the "stress" that can cause rock bursts underground are removed.

But it also means opening up vast areas which require a lot of support, with a lot of time and money being spent before any bullion is extracted.

Holland said the company was experimenting with a variation of destress mining as well as an entirely new way of doing things called the inclined slot method, which has been employed at its Australian operations.

The inclined slot method involves opening, extracting and then back-filling without support structures, speeding up the whole process of getting to the gold, which is done with machines rather than miners holding hand-drills.

"It is much quicker, easier and probably will be cheaper," Holland told journalists.

"It's going to be a year for us to pilot it, assimilate all the results and determine the way forward.

South Deep descends to three kilometres and South Africa, with the world's deepest mines, has over a century of experience when it comes to extracting ore far below the surface with a large, unskilled workforce.

But heavily mechanised mining is relatively virgin territory in South Africa's gold reefs, from which a third of the bullion ever mined in recorded history has been produced.

South Deep, which sits atop a mammoth 40-million ounce reserve worth around $50 billion at current spot prices, is one of the few gold mines in South Africa where sophisticated mechanisation is possible because the seam is so big; 120 metres wide in some places, making it suitable for big machines.

Gold Fields has brought in a top Australian engineering team to help overcome the technical and geological challenges at South Deep, where delays and shifting production targets have annoyed investors.

In the most recent setback, production has been curtailed by maintenance and a safety review though Gold Fields insists this "will make the mine safer and position the mine for an improved performance in 2015".

It is also a long-term project which is seen producing gold for several decades to come and the company's stable of global mines are generating a steady cash flow at the moment.

Gold Fields reported a 20 percent rise in quarterly profit as part of the announcement, despite a fall in prices and production as output increased at its lower-cost mines.