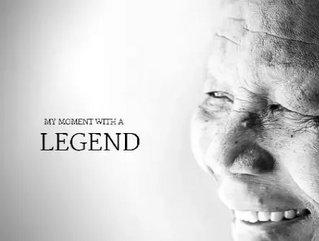 The life of Nelson Mandela has now been digitally archived for the world to see online.

The $1.25 million project, which was first announced a year ago, has been officially launched by Mandela’s archivist and Google at a press conference in Johannesburg.

Almost 2,000 entries have already been added as a record of the anti-apartheid icon’s life, including documents, photographs and videos. Anyone is able to access the archive for free online at archive.nelsonmandela.org.

The Mandela Digital Archive Project was completed in collaboration with Google, which has produced similar projects on the Dead Sea Scrolls and the Yad Vashem Holocaust materials.

Despite Google’s financial backing, Verne Harris of the Nelson Mandela Centre of Memory said: "We own the content. We, not Google, determine what content is selected and how it is presented."

Mandela, who became the first black President of South Africa in 1994, retired from public life in 2010. His memory centre was opened in 2004 as part of his charity foundation which hosts conferences and events to promote justice and reconciliation internationally.

Harris said that the 93-year-old does not use computers but that archivists had spoken with him about using technology to reach a global audience. Mandela’s granddaughter Ndelika said that her grandfather's legacy was one "the next generation, our generation in his family, can take forward".