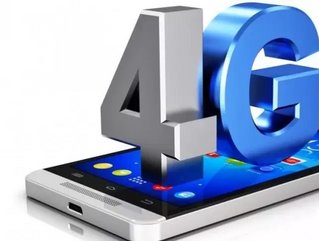 Europe’s rapid migration to 4G services and devices, which will account for more than half of all connections by 2020, is helping to stimulate a recovery in the continent’s mobile industry, according to a new GSMA report.

The new study, ‘Mobile Economy: Europe 2014’, finds that 4G use will grow rapidly from the 10 percent of mobile connections in early 2015.

This trend is fuelling consumer demand for a new wave of innovative mobile services, helping European operators move towards a stabilisation of revenues and margins following several years of declines in one of the world’s most competitive mobile regions.

The report also calls for a new era of partnership between the mobile industry and EU policymakers aimed at encouraging next-generation network investment and innovation, and delivering a dynamic digital single market.

Anne Bouverot, Director General of the GSMA, said: “There are encouraging signs that Europe’s mobile industry is beginning to recover as both operators and consumers begin to see the benefit from the billions of euros of investment in 4G networks over the last few years.

“But this positive outlook for the industry remains fragile, especially in light of renewed concerns over the macro-economic situation in Europe. The industry is therefore looking forward to working with the new European Commission and Parliament to build a common agenda that enables a sustainable recovery and powers a world-leading digital economy and connected society.”

Europe is expected to have 431 million unique mobile subscribers by year-end, representing 79 percent of the region’s population – the highest penetration rate of any region worldwide.

4G networks currently cover 63 percent of the European population, having surpassed the 50 percent milestone earlier this year. 4G networks in Europe are increasingly being deployed using the ‘Digital Dividend’ spectrum freed up by the switchover from analogue to digital broadcasting for use by the mobile operators, which is enabling greater coverage reach. 4G networks are expected to be accessible by 83 percent of the European population by 2020.

Meanwhile, smartphones are set to account for more than half of the region’s mobile connections by the end of 2015 – a milestone that has already been reached in several major individual markets, including France, Italy, Spain and the UK.

It is forecast that there will be 564 million smartphones connections in Europe by 2020, accounting for almost three quarters of total connections by that point.