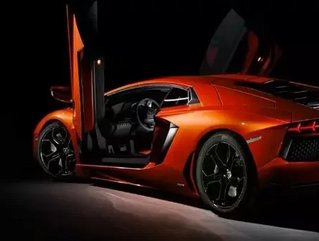 With more cars driving on our roads than ever before, it has become increasingly difficult to separate your car from the crowd. In the world of after-market gadgets and technology, there are a whole host of products available, from sat-navs to massage seats, custom liquor cabinets to digital TV receivers, looking to make your vehicle stand out. African Business Review takes a look at the latest after-market technology intended to improve comfort and luxury, while also adding the wow factor.

Capable of delivering unbeatable sound quality and superb volume, the RA:1K audio system has the privilege of being the world’s most expensive car stereo system. Highly customisable, most systems will come with ten drivers, four tweeters, four mid-range drivers and two sub-woofers, all supported by six advanced amplifiers. The system gives crystal clear surround sound, even at high volumes thanks to the digital signal processor.

A central amp includes a remote mobile connection allowing Rogue technicians to tune the system from their offices, and even shut the system down should the vehicle be stolen. The system is so advanced that it can even self-diagnose problems with itself and, when necessary automatically request that a maintenance appointment be scheduled via the remote connection. Each system is custom-built to each individual’s requirements, from the choice of speakers down to the colour of cables and mountings.

This high-end, aftermarket multimedia unit is controlled through the 7” full-colour, touchscreen display and boosts a huge array of functions and features. With a simple graphical interface, allowing picture-in-picture displays and video streaming, users can take advantage of the DVD/CD playback and satellite-navigation.

The built-in Bluetooth and voice-activation control make hands-free calling easy as well as safe, with system security provided by the removable faceplate and pin code. USB inputs allow iPod/iPhone users to attach their devices with a function similar to Cover Flow, allowing music, photos and videos to be quickly browsed.

Optional extras include a universal camera, attached via the flexible, waterproof base, with an advanced image processor capable of presenting a number of viewing angles, picture-in-picture and even onscreen guidelines. Those in the back of the car can be entertained with two 6” touchscreen headrest monitors, with video content able to be screened separately from the main unit.

Custom paint jobs have been around as long as automobiles themselves. The latest way of making your particular car stand out from the crowd uses iridescent or pearlescent paints. Unlike standard metallic paints, pearlescent paint appears to change colour when viewed from different angles through goniochromism, an optical illusion of depth and lustre. The painting process is a lot more labour-intensive than a traditional re-spray, requiring more man-hours and a higher volume of paint.

The process typically involves two or three base coats, three pearl coats and three clear coats to give sheen and protection, as well as a tak clean after every coat. With a vivid range of colours and host of metallic pigments to choose from, the only thing to stifle your creativity is a lack of imagination.

Vertical doors, sometimes called scissor doors or Lambo doors (after the Lamborghini Countach became the first production car to feature them back in 1974), have had a resurgence recently, becoming tremendously popular. Often confused with gull-wing doors (which are hinged at the top), vertical doors are hinged at the front end, opening outwards then swinging upwards, giving an impressive and distinctive quality to any vehicle. Previously only associated with sports cars, the abundance of universal door kits, packaged with replacement high strength hinges and gas pistons, now means most standard doors can be switched to vertical doors.

Rear doors can’t be retro-fitted to accommodate vertical doors, but can be converted into suicide doors. So called because they open to the back, rather than the front, suicide doors were traditionally seen as a symbol of sheer lavishness, having featured in many Bentleys and Rolls Royce models.