How AI improves and creates jobs instead of removing them 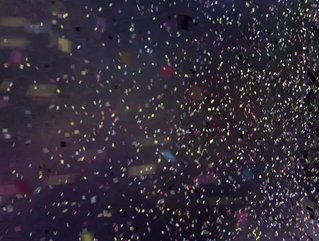 One of the biggest barriers to acceptance of the Artificial Intelligence movement is a fear that machines will one day overtake our jobs. A concern that AI will replace workers who depend on their jobs for stability and create a pool of unemployable humans who cannot compete economically with machines.

Many also believe that life as we know and like it will be changed forever, and not in a good way. They fear that we will lose touch with our humanity, putting our trust in fallible machines instead of our own trusty logic and intelligence.

It’s a slippery slope, they say… let’s not go down that path.

While it would be foolhardy and disingenuous to insist that all jobs are safe from the emergence of AI in our economy and everyday lives, there are many reasons we have little to fear from this latest technology development on the scene.

Consider our history with other huge technology disruptors

When the Internet came on the business scene in the early 1990s, people feared that it would eliminate jobs. However, a study by Hamilton Consultants Inc. and a professor at Harvard Business School indicates that it has actually created over 1.2 million jobs… and that was back in 2009!

But the success of one technological disruptor does not a pattern make, so let’s look a little further back.

Computers. Behold, the following quote from a 1965 cover article by TIME magazine:

“..automation will eventually bring about a 20-hour work week, perhaps within a century, thus creating a mass leisure class. Some of the more radical prophets foresee the time when as little as 2% of the work force will be employed, warn that the whole concept of people as producers of goods and services will become obsolete as automation advances. Even the most moderate estimates of automation’s progress show that millions of people will have to adjust to leisurely, “nonfunctional” lives, a switch that will entail both an economic wrench and a severe test of the deeply ingrained ethic that work is the good and necessary calling of man.”   [TIME magazine, Issue April 2, 1965]

I don’t know about you, but I work way over a 20-hour week, and I’m not leading an exceedingly leisurely life. Furthermore, the unemployment rate is hardly 98%! As we now know, computers succeeded in actually creating not only more work, but more jobs.

And going even further back:  steam engines and electricity, for example. When these marvels of modern invention were introduced, people feared then for the plight of the workers. But those jobs simply shifted, too, as we now know.

In fact, history shows that since the industrial revolution and the advent of machines taking on repetitive and laborious tasks, humanity has seen a big decrease in the number of dangerous, difficult, and dull jobs while simultaneously experiencing a shift to (and net-gain in) jobs that involve care, education, and provision of service to others.

Furthermore, since technology has decreased the cost of life’s necessities, people have more expendable income to spend on leisure – creating whole new economies around lifestyle and leisure.

Overall, technology advances in our history have greatly improved not only our economies but our very quality of life.

Yes, some jobs will go away…

Certainly, AI will cause major changes in the workforce. Some areas that will likely be most affected are drivers, couriers, bookkeepers, telemarketing (contain your excitement on that one…!), receptionist, and the like.

…but most will be greatly improved…

The quality of many services will increase with the reduction of manual tasks taken over my machine learning. For example, doctors and nurses can spend more time with patients and planning individual treatment plans instead of mucking through medical charts, trends, and studies. Marketing managers can devote more time to designing impactful campaigns to help other businesses grow, using knowledge gained from data.

With the knowledge gained from machine learning and the elimination of time-consuming and budget-gobbling tasks, many positions will become more effective at what they do – and most likely many workers will experience more job satisfaction in the long run.

AI will replace tasks, but overall most jobs themselves will remain intact – just better.

…and still others will be created.

The AI field has obviously created many jobs in the data science field. Not too long ago, no one had heard of a Chief Data Officer or the titles around the AI movement. It’s a growing field with an urgent need to fill.

But in addition to the obvious new jobs created by AI, many others will be created. Society as a whole is experiencing increases in income and spending, starting a new business has become less cost-prohibitive (many self-made millionaires work out of there homes with nothing but a computer and an internet connection!), and with the knowledge and efficiencies machine learning and AI can bring, we can experience productivity gains like never before.

Just as we have experienced in the past, the changes we are seeing now are laying the groundwork for an exponential increase in demand for human workers that we can’t even yet imagine.

While AI will transform many jobs and create still others, experts predict that it will also renovate human job descriptions to focus more on tasks that cannot be easily replicated by machines – especially jobs that require interpersonal skills and out-of-the-box, creative thinking.

Being freed from time-consuming, mundane tasks will allow companies to place more value on creativity. After all, humans are still needed to decide what to apply AI to, how to apply it effectively, and what to do and how to act on the results it produces. Successfully companies will recognize the need to encourage creativity in their workforces to effectively apply the powerful analytical and predictive power of AI and push boundaries to become more innovative.

AI will transform the candidate profiles of recruiters in many industries. Today’s workforce would do well to cultivate creativity and soft-skills to meet the needs of the coming era.

Far from being replaced, human ingenuity will be even more critical than before.

We’ve encountered these fears before. They’re a natural byproduct of progression, and so far humanity has weathered the storms of groundbreaking technological breakthroughs just fine – and in fact has succeeded in growing and thriving better than before with each one.

In the industrial revolution, farmers became factory workers, factory workers became factory managers, and so on. The emergence of the internet showed us that jobs came from places where our imaginations could not take us. Rather than worry about jobs disappearing, let’s acknowledge that there will be change to many roles as well as change in the mechanics of business, and therefore, people should focus instead on the re-design of jobs and the re-engineering of the mechanics of business processes.

While the prevailing concerns about AI are understandable, they’re also speculative. Based on the growth our societies worldwide have experienced with new technologies within our not-so-distance past, AI may indeed be the greatest job-creating engine the world has ever seen going into the future.

Mike Bugembe is an award winning author and  AI and big data specialist.  You can see more about him here: www.mikebugembe.com