How driverless vehicles are set to revolutionise the road 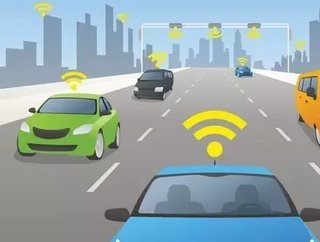 Car accidents are expensive events not only financially, but in terms of lives. Globally, there are one million deaths and 15 million injuries caused by auto accidents annual. All but 10 percent are caused by human error. Accidents also cause $500 billion in damages.

Autonomous cars are the answer, experts claim. It is unclear when autonomous vehicles will become a common highway feature. Estimates range from next year to 2050.

There are two types of vehicles: semi-autonomous and fully-autonomous. Both types use software, sensors, cameras and sonar.

By 2020, Business Insider estimates 10 million vehicles will have self-driving features, and that the cost of building an autonomous vehicle will drop steeply.

Ford expects to have the largest fleet of autonomous vehicles being tested by 2017. The company estimates the transportation-services market is worth $5.4 trillion.

Many traditional automakers have sought to partner with technology companies. The problem is it is difficult to determine who might become a competitor.

Uber is now competing against onetime partner Google for the riding-sharing market.

Uber has more than a million drivers but is unprofitable because it pays out 75 percent of revenue to drivers. By 2030, it plans to eliminate this problem by having a fleet of self-driving taxis.

The company operates in 60 nations, mostly in crowed urban areas.

Google will operate its self driving taxis under the Alphabet umbrella. Google has more miles of road test, one million, completed than other companies.

Its first fleets will likely debut in corporate parks, campuses and military bases.

“These potential ride-for-hire services could allow consumers to experience the technology and embrace it in a bigger way. That would help not just Google but the entire industry,” Thilo Koslowski, vice president and automotive practice leader at Gartner, told Bloomberg Technology.

Other companies vying to compete in the autonomous ride sharing market are Ford, Lyft, Delphi in partnership with the Singapore Land Transport Authority, NuTonomy, Zoox and Zipcar.

Public transportation also is a way of introducing autonomous technology to the public.

IBM has developed a self-driving electric bus that not only drives passengers to their destinations, but also uses cognitive computing to speak and respond to commands.

In addition to public transportation, autonomous vehicles could be used as rental vehicles for travelers seeking tours.

Earlier this year, Google was awarded a patent for an autonomous delivery truck. The truck would contain lockers that customers unlock using a PIN to access packages.

Daimler also has been testing a fleet of delivery trucks in Germany which it says will save time and road space.

UPS, which delivers in 220 countries and territories, already equips its trucks with full-collision avoidance. Fully autonomy is years away, the company says.

Inventive entrepreneurs are already imagining the possibilities of autonomous delivery trucks. One suggestion is a pizza truck that bakes pizzas while delivering to customers.

While the adoption of autonomous vehicles may have many positive outcomes, it is unclear how other industries will be affected such as transportation, auto dealerships and even the job market.

The economy would change as it adapts to the new technology. Some jobs would be lost while insurance premiums would drop. The average driver might forego vehicle ownership entirely.

Finally, urban real estate is likely to drop in value. Housing located near rapid transit will decrease in value as those properties no longer attract a high volume of buyers.  Parking-lot values are estimated to drop 30 percent, according to Forbes.