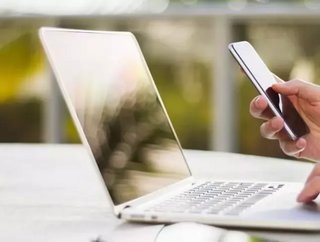 Large-scale information communication technology (ICT) investment can play a crucial role in fuelling the growth of South Africa’s gross domestic product (GDP) through increased economic activity, innovation and productivity. This contribution is especially needed now, in the face of the economic crunch caused by a long and acute drought in the past year and political developments that saw the rand’s value plummet in December 2015.

In his February 2016 State of the Nation Address (SONA), President Zuma noted the predictions by the International Monetary Fund and the World Bank that the South African economy will grow by less than 1 percent this year. The lower economic growth outcomes and outlook suggest that revenue collection will be lower than previously expected, he said.

Government already recognises ICT investment as an instrument that can drive economic growth. In 2010, it set out a national broadband policy, which aims to drive high-speed affordable broadband adoption to 90 percent of the population and universal access by 2030. However, the implementation of its broadband policies has been very sluggish.

President Jacob Zuma said in this year’s SONA that the South African government shall fast track the implementation of the first phase of broadband rollout to connect more than 5,000 government facilities in eight district municipalities over a three-year period. He said 740 million rand, disbursed over a three-year period, has been allocated for the initiative. Unfortunately, that amount is nowhere close to what the country needs for a significant impact meeting its own universal access goals.

Quantifying the impact of ICT investment on GDP

Recent research has shown that in a digital economy landscape, a 25 percent increase in country-level ICT investment will result in around 1 percent growth in GDP.

A 2010 study by Ericsson, Arthur D. Little and Chalmers University of Technology in 33 OECD countries also quantified the isolated impact of broadband speed, showing that doubling the broadband speed for an economy increases GDP by 0.3 percent.

In BIC countries, upgrading from 0.5 to 4 megabytes per second increased an average family income by $46 per month, especially as it excludes other factors that could increase average income.

SA must do more to get more

South Africa is already using ICT investment to power its economy. However, in order to reap more benefits to transcend our current challenges, government, the private sector, donors and civil society take bolder steps to fast track the process.

According to the 2015 Global Connectivity Index, South Africa is among the top three developing countries that have the most potential to use ICT to boost their economic growth, along with China and Chile.  The Index measured potential using indicators such as ICT patents, IT workforce, research and development, software developers, and market projections for the internet of things (IOT), cloud, big data, broadband, and data centres.

It noted that South Africa leads in market projections for cloud, internet of things, big data, broadband, and data centres. However, certain frameworks need to be in place in order for the country to take advantage of its potential most effectively:

While South Africa has created a forward-looking legal and policy framework for the ICT sector to help grow the economy, broadband costs that are currently estimated at 15-20 percent of monthly household income, are too high for most South African households and nowhere near the global recommended average of 4-5 percent.  However, government has done its job creating the enabling policy framework and it’s up to the private sector further drive ICT adoption.

Provinces to step up

In the long ago past, society used to find a river, source, towns, and economies grew around that resource. Then the economy started growing around highways and other transportation portals. In the digital age, ICT infrastructure can play a strong role in enabling this growth and in South Africa; we are already seeing some of the provincial governments play a critical role in this push for ICT adoption.

For example, the Western Cape Government has collaborated with Neotel to launch the first 50 of its 384 planned public access Wi-Fi hotspots. According to them, the 384 hotspots have been strategically located to ensure maximum coverage for all citizens and the provincial government says it’s aiming to achieve complete coverage by 2019.

MTN has been rolling out its fibre to the home network in Gauteng and the Western Cape, as well as upgrading networks in KwaZulu-Natal.

Initiatives such as these are exemplary and there should be pressure for other provinces to implement similar initiatives, so access is enabled beyond densely populated areas like Gauteng and the Western Cape.

Enabling fast and affordable Internet access in the remotest of locations is a big challenge for operators, who can lay down cable in highly populated areas and typically be assured that would get many customers. However, there are no such assurances when investing in fibre in remote locations and service providers need an anchor customer who they can form the foundation of their business case to invest in ICT infrastructure in the area.

The benefit for government as an anchor client is that ICT enables it to provide its services to citizens. Another benefit is that, now that the fibre has been laid, citizens have easier access to high speed broadband Internet for their own use, thus stimulating the local economy. This model has been successfully implemented in other countries.

In conclusion, it should be noted that access to fast and affordable broadband is only a first step to harnessing ICT investment to push for strong economic growth. In the next 10 years, globally there will be more than 100 million connected devices creating the internet of things.  The ability of people to find practical uses for the services enabled through fast, afford ICT and to innovate to create new business is crucial.

This presents South Africa, whose small and medium enterprise (SME) sector that accounts for only around 10 percent of jobs created, to use ICTs to innovate more strongly to improve its impact towards international benchmarks, where the sector accounts for up to 70 percent of new jobs created.