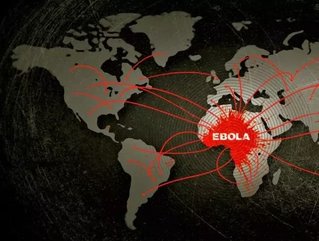 Nigeria has taken a leadership position in the fight against Ebola and has recently been declared free of the disease. To support the country’s preparedness for future outbreaks, IBM has donated its Connections technology to Nigeria’s Lagos State Government.

Nigeria’s Lagos State Government hosts an Ebola Operations Center that coordinates disease containment efforts on behalf of the Nigerian government and other organisations.

READ MORE ON THE GLOBAL COMPANIES AND CEOs WHO ARE HELPING COMBAT THE EBOLA CRISIS IN AFRICA:

IBM’s technology donation will help strengthen the coordination of public health emergency response teams and ensure that the Lagos State Government is able to manage and respond to any new reported cases of Ebola or future epidemics.

Storing information securely and conveniently in the digital cloud means that vital information can be accessed by authorised users anywhere.

IBM has previously provided similar technology in other crisis situations around the world to support collaboration and coordination amongst response agencies. In 2010, SmartCloud supported a post-Haiti quake effort called Colleagues in Care, which helped doctors in Haiti learn from doctors in the US and elsewhere.

The Chilean Red Cross used the platform to establish a disaster command center following the 2010 Chile earthquake. The platform was also used by agencies in the US following Hurricane Sandy in 2012 and for flooding recovery activities in Colorado in 2013.

IBM is broadly offering access to its IBM Connections cloud-based platform to all government agencies and non-governmental organisations working to stem the spread of Ebola.

Globally, IBM volunteers are leading a community effort to help identify, inventory and classify all open data sources related to the Ebola outbreak and are calling on organisations worldwide to contribute data.

The goal is to create an Ebola Open Data Repository which will use IBM's SoftLayer cloud technology to provide governments, aid agencies and researchers with free and open access to valuable open data related to Ebola.

"Data can be a powerful resource for managing and mitigating epidemics,” said Jeanne Holm, Evangelist for Data.Gov. “Governments and other organisations have valuable open data that could help in relief efforts - about roads, airports, schools, medical facilities and populations.

“Such information can help to drive data-driven decisions during times of uncertainty. IBM is playing a key role in this initiative by helping to identify and gather more open data sources that might inform decisions around Ebola."

Around the world, cities, states and nations are publishing open data and creating new data supply chains and ecosystems to help tackle national and global challenges.