IBM's technology investment and initiatives in France to create 1,800 jobs 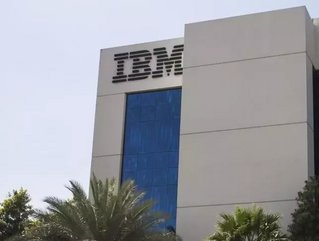 IBM has thrown its weight behind France's technology drive by committing to investment that is expected to create up to 1,800 jobs.

Announced at this week's Tech For Good Summit in the presence of French President Emmanuel Macron, IBM's initiatives will be centred around transformational forces such as AI, blockchain, cloud computing and IoT.

It will hire hundreds of high-level professionals into roles related to the development of such technologies while also expanding its training in what it calls 'new collar' skills in fields such as cyber security and data science.

It is also partnering with the French government on the company's groundbreaking P-TECH (Pathways to Technology Early College High School) education model, which provides young people – primarily from disadvantaged backgrounds – the skills and credentials required for 21st century jobs.

"President Macron is making a big bet, and a smart one, that AI is going to transform every job, every profession and every industry," said IBM's CEO Ginni Rometty. "At IBM, we share this belief and see evidence of it every day with Watson driving exponential impact here in France and around the world. That is why we are bringing 1,800 new jobs to France to meet growing demand for AI from our clients."

Nicolas Sekkaki, general manager of IBM France, added: "We are dedicated to building advanced capabilities alongside our clients in the communities where they operate. IBM will continue to work with the government to make sure France has the skilled workforce necessary to take advantage of this unique era."

IBM is also launching the IBM France Academy. The Academy, based in Paris and supported by online courses, will train IBM France employees, clients and partners to build modern skills for the AI-era.

France is attracting significant investment in its technology sector, with Business Chief last month reporting that Salesforce is to plough $2.2bn into the country over the next five years to strengthen its market share.