[Infographic] Which UK Industries are Leading the Digital Race in 2015? 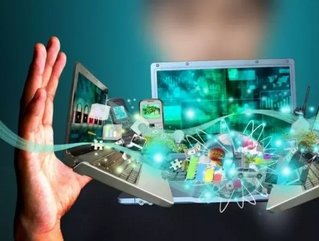 A new study from Fujitsu has revealed that UK consumers are ready for a nation that is digital by default.

Over a fifth of us will always opt for a digital-first approach, when a digital service is offered. Driven by a desire to speed up (66 percent) and simplify (62 percent) everyday processes, the results show a digitally confident nation, one that is seeking to move faster towards a digital future (39 percent) and that would vote for a political party if it focussed on digital policies (20 percent).

Financial services was the standout sector when it came to digital services currently offered, topping the table in terms of importance of (62 percent) and satisfaction with (64 percent) according to consumers. This is despite the fact that for years the financial sector has comparatively lagged behind other industries in terms of technological advancement. Now this looks to be changing.

This was followed by retail where satisfaction in the services offered is 60 percent. When examining individual digital services used in our everyday lives, online banking and online shopping reign supreme as the most used (67 percent and 66 percent respectively) and valued (63 percent) across the nation; but also in the importance placed on them by consumers.

Michael Keegan, Chief Executive Officer UK & Ireland, Fujitsu, said: “We are speeding towards a digital-first Britain. From click and collect through to renewing our road tax online, the wealth of digital services available has driven great behavioural change in the UK”

“We are now more confident in our ability to use the services offered, we understand the benefits and as such, it is consumers themselves pushing organisations to create a digital future.”

However, Brits were quick to point out those they would like to see further improvement in, with both Local (24 percent) and, to a lesser extent, Central Government (20 percent) named as the two key sectors that must improve quickly to remain relevant.

While vertical sectors have work to do on their digital offerings, talking to those who never use digital services (12 percent) a myriad of issues blocking a digital future appear. Over a third (37 percent) simply prefer human interaction, while one in five had concerns about security and 15 percent felt they were too complicated and didn’t know how to use them.

See the infographic from Fujitsu below to find out more.