Innovation and digitisation in the GCC 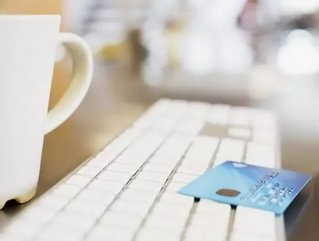 Attracting the next generation through e-commerce and online comparison sites.

A wealth of research exists in the public domain in regards to the importance that the millennial generation has on global society. The characteristics of this group have a profound impact on the way that businesses attract and retain the attention of new buyers.

According to a study commissioned by the Bank of America Merrill Lynch, there are over 2 billion millennials around the world, of which around 86 percent live in emerging markets. When we look closer to home, this group accounts for over one-third of the entire GCC population.

Given the access to high disposable income across the region, alongside the rapid diversification of the economy, this group of new consumers will play an increasingly important role in the shifting landscape of buying behaviours.

GCC millennials tend to be higher spenders than their global peers, with access in most cases to more than one handheld device from which they scan the global market for the latest insights, trends and deals. This further validates the statistics in regards to internet user numbers, which currently stand at a   square-average-per-country penetration figure of 83 percent for the GCC - significantly higher than the global average of 49.2 percent. Within the GCC, two countries particularly stand out – the UAE and Saudi Arabia. Aside from their economic depth they are home to a rapidly growing e-commerce market.

So with access to high disposable incomes, a wealth of technological innovation on the horizon, increased access to the internet and handheld devices, we ask what the future of e-commerce is within the GCC market.

Globally, worldwide retail e-commerce is estimated to increase to $4.058 trillion in 2020, making up 14.6% of total retail spending. Likewise, in the UAE, which accounts for five in 10 people shopping online in the region, the e-commerce market is estimated to exceed $10 billion in value by 20183 – supported by a growing, young and tech-savvy population that favours the ability to obtain competitive pricing, convenience and ease of access to various goods and services.

The growth potential that this sector represents for local business is immense compared with the numbers in 2012, when $3.2 billion was spent online across the entire GCC. It is therefore no understatement to say that there is a plethora of opportunities within this sector in the GCC.

The government and private sector have collectively supported this lucrative industry through educating users and maintaining just enough oversight to help the sector develop, without being weighed down by cumbersome regulation or overly bureaucratic red-tape.

The e-Government initiatives integrated with online payment platforms have helped users build confidence and trust in transacting online and have aided in nurturing consumer awareness, maturity and acceptance. In the UAE, in addition to moving services online, the government has taken bold steps in setting up the world’s first purpose-built duty free e-commerce hub, Matajircom, making very clear its ambition to work with both local and regional players in order to continue fostering e-commerce.

That said, regional businesses have historically been slow to adapt to the change and thus currently the trade between online shoppers in the region and locally based businesses accounts for a mere 10 percent of the total estimated spend. Recent research by PayPal suggests that local businesses need to embrace e-commerce more seriously and invest further time in planning their digital strategies in order to tap into the market opportunity in the region. The removal of previously existing trade barriers has simplified the process and provided multiple routes for businesses to exploit the burgeoning online shopping trend.

According to Google, the UAE and Saudi Arabia rank in the top five countries globally in smartphone penetration rates and 40 percent of smartphone owners in the UAE alone reported making their first ever online purchase in the previous 12 months with a positive experience. This provides us with an outlook on the demand for effective e-commerce channels and potential for businesses to make significant inroads towards accessing this valuable market.

One of the key highlights of the current online data analysis is that most B2C transactions are centred on travel (air-fare) and consumer electronics, but the range of goods and services being acquired is growing, with shoppers increasingly keen to tap into the internet’s ability to help facilitate quick price and service comparisons. It has been witnessed that approximately 40 percent of current consumers typically undertake some sort of price evaluation activity before executing an online transaction and this figure is likely to increase, as user maturity and awareness begins to develop further. This presents a considerable opportunity for both end-retailers and the “brokers” - sites that enable online price comparisons and facilitate transactions between the goods/service provider and the end consumer.

Platforms such as comparison sites support end-retailers to explore digital channels with minimal disruption or cost to their business, given it is a relatively safe and phased approach to e-commerce. Similarly, broker sites such as compareit4me.com – an online comparison site promoting financial/insurance based products - can target specific consumer segments by offering comparable goods and services, simultaneously exploiting a particular niche and market demand. The business model is by no means unique, but it is proving fertile ground for new online businesses seeking to exploit a relatively new and fast-developing channel.

Having made reference to compareit4me.com, it is worth noting that the company launched in 2011 within the UAE has now spanned to nine countries across the wider Middle East region. The firm has a growing service portfolio, which has earned it multiple awards, which have positioned it well to make the most of the developing local market. The business was one of the vanguard entities in the online comparison space and helped to drive e-commerce take-up in the region.

Compareit4me.com is one of the few businesses that has maintained the development of its proposition in harmony with market maturity and is now proving to be a hallmark for those who may be looking to follow in its footsteps. With an increase in awareness and realisation of online trading benefits by goods and service providers, comparison sites such as compareit4me.com are poised to become a healthy catalyst for a revolution in local retailing trends.

The GCC region is well positioned to exploit the lucrative opportunities that e-commerce offers, given the generational demographic shift that we are witnessing and which will inevitably have a seismic impact on businesses for the future.

Khurram Bhatti is an Audit Partner at Grant Thornton within the United Arab Emirates.