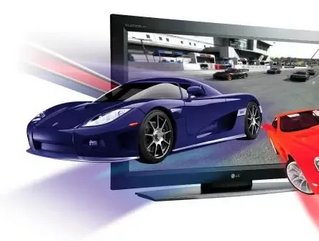 Get ready to don those 3D specs, because LG Electronics has launched its ‘Cinema 3D’ range in Africa and the Middle East.

The South Korean company also stated that it aims to achieve a 40 percent market share in the region.

“We believe that our products will be able to offer distinguished, next generation 3D technology to the consumers in the Middle East and Africa, based on which we will target a 40 percent market share to become the No. 1 manufacturer of 3D televisions,” said Kim Ki-wan, President of LG Electronics Middle East and Africa region.

At the launch, which included an appearance from Hollywood star Megan Fox, LG demonstrated its Film Patterned Retarder (FPR) 3D TV by comparing it to a shutter-glass 3D TV, used by many of its rivals such as Samsung. The FPR TV can display full high-definition (HD) 3D images comparable to the 3D screen in the cinema theatre.

Perhaps most importantly, LG has said that the cost of the 3D glasses needed to view the TV is far less than others on the market which can cost around US$100. Another selling point is the fact that viewers will be able to watch from a 180 degree angle and not be restricted to viewing from straight on.