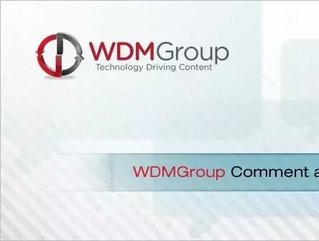 In the current economic climate, many organisations are driven to cut costs, save money and improve cost efficiency across the board.

One area that is typically under scrutiny is IT. As a result, organisations are scaling back on areas such as software, applications, operating systems and even databases.

The cost cutting route, however, can turn out to be an expensive exercise as short cut solutions can negatively impact performance and profitability in the long run.

Added to this, cutting costs in one area may even lead to increased costs in another. When it comes to saving money, organisations need to balance cost efficiency and operational efficiency.

Finding the right balance of both can be a challenging task, but is critical in maintaining long-term agility, competitiveness and profitability.

Unfortunately, IT is typically one of the first areas of budget cuts as its role is often not seen as critical to the business.  However, IT underpins the operations of the majority of organisations across industry sectors and without it, many businesses could not function.

In an effort to reduce IT spend, organisations often ‘sweat’ their assets for as long as possible, stretching their hardware investments.

However, hardware is one area that is constantly evolving and being upgraded, and over time legacy equipment can become inefficient.

As a result tasks such as data analysis, business intelligence and even day-to-day information processing can take longer, negatively impacting the productivity of the organisation and its people.

This in turn has a knock on effect, impacting the profitability of the business, as time is money. In addition, legacy hardware often requires additional maintenance tasks to be performed, increasing the cost of support.

Furthermore, replacement components become difficult and expensive to source, increasing the cost of maintenance. By cutting back on hardware upgrades, organisations often end up spending more money rather than saving money as newer hardware would not require any of these additional costs.

Software licensing is another area where organisations attempt to save costs. By downgrading licenses and reducing the number of licenses, costs can be trimmed.

However, downgraded software often comes with reduced functionality, which again can negatively impact productivity. Another way of reducing fees is to buy the software, but not the support.

However, if for example application downtime occurs due to a database issue, the support needed to resolve the issue is usually more costly than if contracted into the original support agreement.

Another popular means to cut costs is to reduce resources, such as the number of people employed within an IT department.

However, when people leave an organisation, they take their knowledge and intellectual property with them. This means that the existing resource tasked with performing another job in addition to their own may take months to get to grips with the new role and responsibility.

The resource now performing a dual role may also not have the same focus, as their time is split between multiple tasks. This impacts IT service delivery, with all the resulting ‘knock on’ effects.

Cutting costs can have many negative effects on the business, which will end up costing a lot of money in the long-term, particularly in mission critical areas such as the database.

The risk of downtime is a very real problem, and the inability to restore services increases downtime along with the financial impact thereof.

Obtaining services and support on an ad-hoc basis is also more expensive than a comprehensive service contract or service level agreement (SLA).

Furthermore, maintenance on legacy infrastructure and hardware is a laborious and expensive task. Out of date hardware will eventually reach a point where it will no longer function, having serious business and financial implications.

Rather than simply embarking on cost cutting exercises, organisations should look towards delivering greater cost efficiency with high levels of service delivery.

This will help ensure that organisations achieve optimal balance of cost and operational efficiency, effectively cutting costs without negatively impacting the business and its profitability.