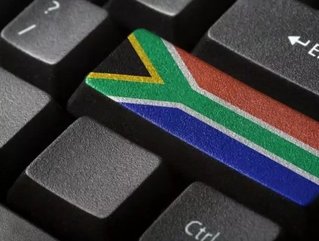 South Africa’s digital economy is the most developed in Africa, and one of the fastest growing in the world, according to the new Digital Evolution Index developed by MasterCard and The Fletcher School at Tufts University that tracks a country’s movement toward digital evolution, gauges progress and assesses challenges in 50 countries comprising the Index.

South Africa ranks 33rd out of the countries measured by the index in digital readiness, which is defined by the markets’ ability to support and encourage digital commerce and payments. In Africa, it ranks ahead of Egypt (48th), Kenya (49th), and Nigeria (50th). The country also emerged as the fourth fastest growing digital economy behind China, Malaysia and Thailand.

“However, what is significant is that all four of the African countries measured share a common trait of moving at a high rate of speed towards digital evolution, demonstrating huge growth potential for e-commerce.

Each country is given an overall digital readiness score between zero (low digital readiness) and 100 (digitally saturated), which is derived from an average score of these four interdependent drivers.

The index also provides an indication, by country, where the next billion Internet users will come from globally. According to McKinsey, Africa’s internet penetration stood at 16 percent (167 million people) in 2013, and is forecasted to reach 50 percent (600 million people) by 2025, indicating the online consumer market will quadruple over this time.

Iacobuzio continued: “There are currently 2.9 billion Internet users in the world, a feat that took over 20 years to achieve. The next billion users will enter the market much faster than this.

“A significant proportion of these will come from Africa, where the four countries studied - Egypt, Kenya, South Africa and Nigeria - all represent exceptional growth potential coupled with short-term opportunity.”

The study analysed each market’s evolution from 2008 to 2013 and grouped each country into one of four trajectory zones:

‘Stand Out’ countries have historically moved at a high rate of digital readiness and maintain high levels of digital transactions;

‘Break Out’ countries are typically developing countries that currently have low readiness scores, but are rapidly evolving;

‘Watch Out’ countries face various challenges, but have significant opportunities for investment; and

‘Stall Out’ countries, while possessing a history of strong growth, are highly evolved and offer little potential for change.

Its score jumped from 24 to 34 between 2008 and 2012, a substantial increase compared to other countries. While infrastructure investments in South Africa will drive e-commerce to achieve a likely 30 percent growth rate in 2014, the Index indicates that demand for ecommerce currently lags the global average.

“South Africa may have a relatively average Index score overall, but its digital landscape is evolving rapidly. If this evolution continues at its current rate, South Africa has the potential to grow into a strong digital economy. It is a prime candidate for becoming a ‘Stand Out’ nation in the future,” Iacobuzio said.

The three other African countries ranked in the index are classified as “Watch Out” countries. Egypt scored 17.3, Kenya scored 16.9 and Nigeria scored 13.7 out of 100. These countries are just starting out on their journeys towards digital readiness, each facing different challenges.

Iacobuzio  added: “Encouragingly, Egypt, Kenya and Nigeria fared well in their speed of digital growth. This points to their potential to develop into evolved digital economies that further encourage digital payments, and enable future e-commerce opportunities.”

Come back for part two of the fallout from Mastercard’s Index tomorrow, where we will take a look at the key insights from across the continent.