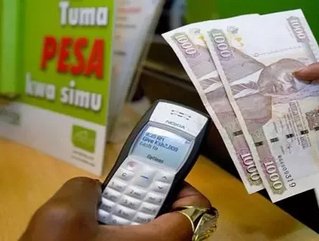 Safaricom has united with Western Union on a deal to enhance its M-PESA service further across the globe.

More than 80,000 Western Union Agent locations in 45 countries worldwide can now be used to send money directly to M-PESA customers, of which there are 13.5 million in Kenya.

The alliance means it has become one of the first services of its kind in the world.

Can Durban 2020 live up to the success of the World Cup? How to raise an online profile in Africa Africa’s telecoms movers and shakers

The mobile money transfer service, which launched in 2007, has become a resounding succes and is now available in more than 10 African countries including Benin, Botswana, Burkina Faso, Cameroon, Mali, Niger, Rwanda, Senegal, Uganda and Zambia.

Safaricom said that the funds would be delivered to the mobile wallets of M-PESA customers “in minutes”.

Kenyans working abroad have continued to embrace the service, and according to the Central Bank of Kenya, Kenyans living outside their home country sent US$642 million home in 2010. This was an increase of $31m from 2009, when US$609m was transferred.