The new iPad unveiled - but when will Africa get it? 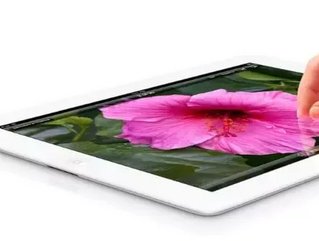 The tablet will be released on March 16 in the US, the UK, Australia, Canada, France, Germany, Hong Kong, Japan, Puerto Rico, Singapore, Switzerland and the US Virgin Islands.

Unfortunately though there are no release dates yet for African countries. African Business Review contacted Apple, which confirmed that no dates had been given for when consumers in Africa would be able to get their hands on the third generation tablet.

Core Group, the authorised distributor for Apple products in South Africa, advised consumers to sign up to the website www.myistore.co.za to register details for more information on when the new iPad would be released.

The latest iPad is blessed with some impressive improvements from its predecessor the iPad 2. The most obvious of which is the Retina display, which delivers 3.1 million pixels - four times the number in the earlier model and more than one million more pixels than on an HD TV set. This means that video now has support for 1080p movies, the highest quality available.

The camera on the new iPad has been upgraded to 5 megapixel, with the ability to shoot 1080p video, up from 720p in the iPad 2, and it comes with image stabilisation. The A5X chip with quad-core graphics delivers faster and smoother video game performance too.

As for when it hits African stores however, no one is any the wiser - but keep checking African Business Review for updates.