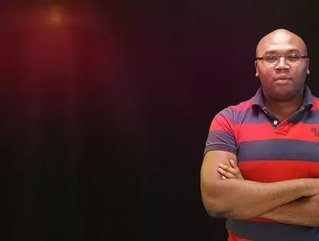 Njoku, Founder and CEO of iROKO Partners, used an initial £100,000 loan from a friend, Bastian Gotter, now COO of the company, to invest in buying the licenses to Nollywood content.  Within a matter of months, iROKO was YouTube’s largest African partner as well as having distribution deals with dailymotion, Vimeo, iTunes and Amazon.  At the end of 2011, iROKO had recorded over 152 million views from 178 countries. It really is a global phenomenon.  Keen to capitalise on this momentum,  Njoku went on to launch iROKOtv in December 2011, dubbed the “Netflix of Africa”, which has grown at an incredible rate across the world; as of the beginning of June 2012, over 9.3 million hours had been watched on irokotv.com.

In late 2011, iROKO Partners caught the attention of Tiger Global, a New York-based private equity and hedge fund and early investor in Facebook and Zynga, which led two $4 million rounds of investment into the company, in one of the largest ever fundraisings into a West African tech firm.   Njoku says that this allowed Njoku and his team to grow faster, expanding its offices in New York, London and Lagos.  “We were also able to buy loads more content, our library now stands at about 5,000 films.  You can’t stand around in this business, especially when you’re dealing with the Internet because everyone is moving fast. We’re just moving faster.”  However, this growth seems to have paid off, iROKOtv recently announced that it now has over half a million registered users since its launch in December 2011.

Perhaps surprisingly, the licenses don’t come cheap and iROKO pays fair prices, averaging about $10,000–15,000 per film license.  Why? “Movie producers deserve to be adequately remunerated for their work. Paying the higher prices also, essentially, creates a barrier to entry for our competitors who aren’t as well capitalised,” says Njoku “and we hope that with the additional funds raised through this new revenue stream, the producers will look to re-invest in their movies and improve the quality of their output.”  Nollywood is currently the world’s second largest film industry by volume, after Bollywood; in 2011, around 2000 movies were produced in Nigeria, averaging roughly 40 a week.

iROKOtv also recently announced in July that it will be moving to a subscription model, where for just $5 a month, viewers can exclusively access the newest Nollywood releases. Njoku adds that his loyal viewers should be reassured that 95 percent of the content on iROKOtv will still be free but “for the cost of one DVD, subscribers across the world will be able to view the newest films, updated every week, in a way that the Nollywood industry can benefit too.”

Suffice to say that iROKO Partners is revolutionising the way that the African Diaspora accesses Nollywood; they no longer have to wait to view their favourite content on a poor quality DVD, but instead can watch it in HD quality on iROKOtv. Njoku expects iROKOtv and its sister brands iROKING, the “Spotify” of Africa and iROKtv, Africa’s answer to the “E! channel”, to attract over 250 million viewers in 2012 and he plans to keep bringing viewers more of the content they love.  Njoku says that one of their more dedicated viewers recently broke an iROKOtv record and viewed over 1126 hours of content on iROKOtv in just 89 days.

“People love Nollywood, fact.  All across the world, Africans know and love Nollywood movies and what we’ve done is create a way for people to enjoy it to their hearts’ content, in an easy to use, beautifully designed site.  Nollywood has never been so accessible and this is just the beginning. We’ve developed applications for iROKOtv and iROKING on tablets and mobile phones and viewers can even log in through Facebook.”

Nollywood is still a growing business, Nigerian President Jonathan Goodluck set aside $200 million for the sector and, as part of the Growth and Employment in States (GEMS), the industry received $20m in funds from the World Bank to boost growth in the industry which employs over one million Nigerians, second only to the agricultural sector.  iROKOtv, in addition to fuelling its growth, is also part of Nollywood’s growth; a recent  study predicted that the industry will grow by 18 percent a year. “We are still a relatively young company and we’ve only just started to scratch the surface in terms of potential,” says Njoku, “as Africa comes online and broadband connections improve, so does our growth opportunity.”