Oculus Rift: which stores in Europe sell it? 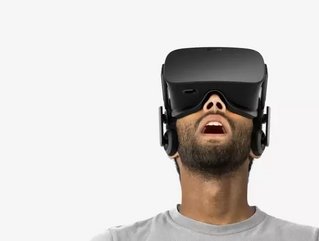 Consumers in the UK, France and Germany can now walk into stores and buy the device for £549/€699. It can also be bought online via Amazon in all three countries.

Every Rift comes with the popular VR platformer Lucky’s Tale, along with hundreds of free 3D 360 videos and VR movies, plus access to the ever-expanding collection of made-for-VR games and experiences on the Oculus Store.

Rift can be purchased at the following stores:

It can also be purchases in Canada at Best Buy and Microsoft Store Online.

Facebook acquired Oculus Rift in 2014 after it initially landed on Kickstarter two years earlier, where it secured a highly successful round of crowdfunding.

In a blog post, Oculus said: “There’s never been a more exciting time to jump into VR. Today, there are more than 100 full-featured VR games and experiences now on Rift, with more than 30 new titles scheduled to launch this year.

“From the immersive virtual worlds of Minecraft, to the upcoming sci-fi shooter: Damaged Core, to the made-for-VR CCG: Dragon Front launching later this year, there’s truly something for everyone.”

Take a look at the video below to find out more about what Facebook’s Oculus Rift has to offer: