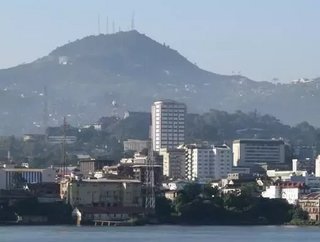 Orange reported the official launch of its brand in Sierra Leone on 18 October.

The rebranding is subsequent to Orange and its Senegal-based partner Sonetal’s acquisition of 100% of Airtel Sierra Leone, the mobile operator, which was conclusive in July 2016.

The UK-based network company are building their presence in Africa with the launch of this brand, following a strategy for growth in the continent.

Orange Sierra Leone had previously reported this year its goals to modernise, expand, and enhance the reliability, coverage, and quality of its network, as well as voice and data services.

US$33mn has been invested into the new brand, after acquiring Airtel, to meet these targets, with the majority of investments having already been realised with 30 radio sites on air and over 50% of the mobile network being upgraded.

“We are pleased to bring the Orange brand to Sierra Leone, bolstering our already strong presence in West Africa,” said Bruno Mettling, Deputy Chief Executive Officer of the Ornage Group and Chairman, and CEO of Orange Middle East and Africa.

“The launch of the Orange brand confirms our confidence in the country’s on-going economic recovery and our commitment to bring all the benefits of new digital services to Sierra Leoneans in the framework of a fair, transparent and clear partnership that will enable it to be established over time.”

The company claims that it is committed to improving quality and availability by progressing into untapped geographical areas, and so it promises to offer Sierra Leone the same standard that it delivers elsewhere.

Orange are also excited about the potential for mobile growth in the country, due to its 7mn population.