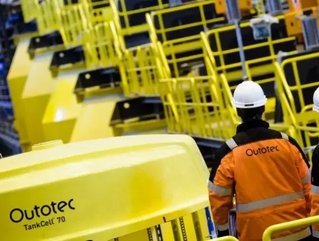 In January 2013 Outotec agreed a six year-plus service contract with Mikheevsky for the operation and maintenance of the Mikheevsky copper concentrator then under construction near Chelyabinsk in Russia.

The contract value exceeded €140 million, starting in a small way but expected to grow with production ramp-up.

The contract followed Outotec's earlier €60 million-plus contracts from 2011, which included the process design and engineering for the entire Mikheevsky concentrator and the delivery of the main process equipment for flotation and dewatering, process automation, instrumentation and electrification.

Now, due to changes in Mikheevsky's production strategy and business processes, the parties have now agreed to terminate the current long-term service contract and concluded a new frame contract for spare parts supply and technical services. Typically, the value of this type of such contracts is several million euros annually. The arrangement does not, the company says, impact Outotec's financial guidance for 2015.