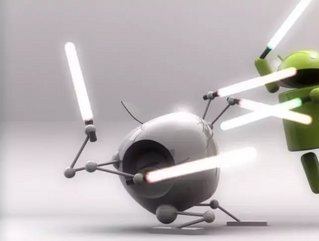 Cloud computing has become the unprecedented technological buzzword of the past few years with good reason.

Not only has it saved huge numbers of companies money and time in the way they run their networks and data storage, it has also the potential to greatly assist the drive for sustainable practice as bulky mainframes that devour energy become a thing of the past.

But this revolution in computing has brought with it a field of combat surrounding legalities. Who can own what patent, and are legal jurisdictions now irrelevant? It is certainly a confusing scenario for anyone without formidable experience in the game.

BR EME: Can you outline the scale of the patent/legal environment surrounding cloud technologies?

IK: Cloud computing is not an unusually patent-dense area of technology, but the “minefield” analogy is quite appropriate since many patents in this area will not use specific well-known terms such as “cloud computing”, but will describe a system using broader technical terms such as “distributed processing”, “virtualisation”, “distributed storage” or even “scalable computing system”.

Therefore, it can be difficult to search effectively to determine the patent landscape and the rights that your competitors may have.

The lack of clarity on IP rights in this area can lead to a patents “arms race” with the big players filing large defensive patent portfolios to use in cross-licensing negotiations. IBM seems to have over 100,000 published patents and applications that contain the term “cloud computing”; Microsoft seems to have more than 4000.

Meanwhile, small start-ups in this area are encouraged to file patents by investors to help protect their position by generating cross-licensing collateral with competitors.

BR EME: What about in Europe?

IK: There has been very little litigation on cloud computing patents. This may be due in part to the particular difficulties in trying to litigate patents related to a distributed system in multiple separate European jurisdictions where only part of the allegedly infringing action is taking place.

There is also the option in Europe for companies to take advantage of the relatively cost-effective European Opposition procedures to challenge the validity of patents that they believe to be of questionable validity.

To some extent, this provides a “check” on the quality of European patents issued by the EPO. Also, damages awards are much lower in Europe, so there is a much stronger motivation to reach a negotiated license settlement early in the process.

BR EME: How much money can disputes over cloud technologies involve?

IK: Settlements are usually private commercial contracts, so it is difficult to know, but it would probably be fair to speculate that damage awards in the US for a successfully-litigated patent may be similar to those awarded in the NTP v RIM case where damages awards were of the order of tens of millions of dollars and the final settlement involved hundreds of millions of dollars.

These patents related to RIM’s Blackberry system, in particular push-notification email systems. Damage awards (and so settlement amounts) are likely to be much lower in Europe.

BR EME: What are patent trolls and are they a problem?

IK: There is no clear definition of a patent troll or “non-practising entity” and opinions on patent trolls tend to be a question of perspective. NPEs can assist smaller entities and universities in obtaining returns from their research and technological contributions.

On the other hand, entities that act aggressively on the basis of patents of questionable validity have become increasingly prevalent particularly in the US where the cost and uncertainty of litigation can lead companies to make a commercial decision to pay a licence fee rather than seeking to invalidate a patent through the courts.

“Patent trolls” are not necessarily purely patent holding and licensing companies – it has long been the case that companies seek licencing revenues for technologies that they have developed but are not currently implementing.  Largely depending on how this is done, this can either be seen as a useful way to get inventive ideas into the public domain or as patent troll behaviour.

However, the threat to small businesses from patent trolls is probably over-stated. These entities tend to target larger corporations with their lawsuits and requests for licence fees. They are aware of the commercial reality that smaller companies simply do not have the revenues to be worth pursuing.

BR EME: What must businesses in the cloud sector be aware of to avoid getting into legal difficulties?

IK: Unfortunately, there is no one short answer for businesses in the cloud sector but creative and strategic IP advice should enable them to find a balance between legal protection and available resources.

Taking early advice can reduce their chances of running into difficulties and help them to protect their own position.

BR EME: Do you see the cloud patent wars continuing? What can be done to ease the volume or seriousness of disputes?

Litigation in the area of cloud patents is likely to increase in the coming years. As we have seen in the mobile phone space, as the technical area matures and margins are squeezed, IP becomes more of a battleground.

Therefore, it is important for companies not to be complacent so that they are not taken by surprise. Taking pragmatic steps early, such as building your own patent portfolio to provide the potential for cross-licensing, and opposing granted patents that may become troublesome can pay dividends in the longer term.

Europe is currently in the process of implementing a pan-European patent system. Such a system may make it easier to obtain and enforce cloud computing patents across Europe since infringement that is spread across multiple European jurisdictions may be enforced under a single patent in a central European court.

It remains to be seen whether this is a useful tool for European business or a ticket for patent trolls to import US-style litigation on cloud computing patents.

We have recently been involved in discussions with the UK Patent Office to encourage them to make it easier to enforce a UK national patent where elements of the infringing system are located elsewhere in Europe.