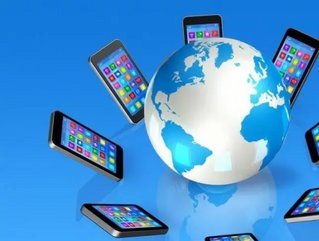 Smartphones will account for two out of every three mobile connections globally by 2020, according to a major new report by GSMA Intelligence, the research arm of the GSMA.

It forecasts that the number of smartphone connections will grow three-fold over the next six years, reaching six billion by 2020, accounting for two-thirds of the nine billion mobile connections by that time. Basic phones, feature phones and data terminals such as tablets, dongles and routers will account for the remaining connections. The study excludes M2M from the connections totals.

Hyunmi Yang, Chief Strategy Officer at the GSMA, said: “The smartphone has sparked a wave of global innovation that has brought new services to millions and efficiencies to businesses of every type. As the study released today shows, smartphones will be the driving force of mobile industry growth over the next six years, with one billion new smartphone connections expected over the next 18 months alone.

“In the hands of consumers, these devices are improving living standards and changing lives, especially in developing markets, while contributing to growing economies by stimulating entrepreneurship. As the industry evolves, smartphones are becoming lifestyle hubs that are creating opportunities for mobile industry players in vertical markets such as financial services, healthcare, home automation and transport.”

The developing world overtook the developed world in terms of smartphone connections in 2011 and today accounts for two in every three smartphones on the planet, according to the new study.

The top five countries worldwide with the highest smartphone adoption rates today (as a percentage of total connections) are Qatar, the UAE, Finland, South Korea and Norway.

By contrast, Sub-Saharan Africa currently has the lowest smartphone adoption rate worldwide, at 15 percent, but is expected to be the fastest-growing smartphone region over the next six years as affordable devices become more widely available and mobile broadband networks are deployed across Africa.

The new GSMA Intelligence report highlights a number of factors influencing growth in the global smartphone market, including: