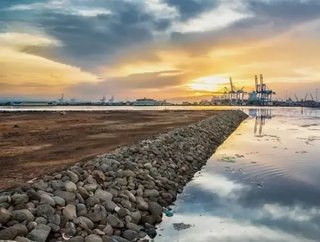 The pipeline project will enable Ethiopia to export gas to China and support socio-economic development across the region.

The new 700 km pipeline will transport up to 12 billion cubic meters of natural gas a year from Ethiopia to Djibouti. The liquefaction plant will have capacity to produce up to 10 million tons of liquefied natural gas (LNG) per year after completion of the project.

The Djiboutian Minister of Energy, Ali Mahmoud Yacoub, said: “The mega gas project involves three countries – Djibouti, Ethiopia and China - which have agreed to work together in order to make this project successful and operational as soon as possible.

“Djibouti sits at the crossroads of one of the busiest shipping routes in the world, linking Europe, the Far East, the Horn of Africa and the Gulf. It is a natural gateway for Africa, providing sea, air, rail and road links.

"This project reinforces Djibouti’s position as a commercial and regional economic hub and will expand the capacity of its sea ports. It is also a great opportunity to strengthen the regional integration policy. Indeed, both Djibouti and Ethiopia seek to extend this policy to the energy sector.”

Barton Yu, Chairman and President of POLY-GCL, said: “This is an important energy project for POLY-GCL Petroleum Group in our endeavour to develop mutually beneficial cooperation with the Governments of Djibouti and Ethiopia. It will enhance the well-being of the Djiboutian and Ethiopian peoples, while creating a positive impact on China’s energy security.”