The rise of digital currency 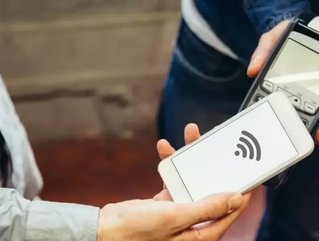 What is the general attitude and frequency of use for digital currency in the Middle East and how does that differ from the rest of the world?

Digital payments are very much in their early phase in the region. Technological advances and the UAE’s own move towards Smart City and digitisation is prompting the adoption of new age solutions that can simplify the consumer purchasing experience. At present, there are several players dabbling with the concept of digital internationally, but few have been able to generate wide adoption among vendors.

There are many providers but no clear leader, and even then, the overall market penetration is quite low. For instance, the E-Dirham initiative has been around for close to a decade but it is yet to achieve popularity.

Globally, there have been some illustrations of successful adoption of digital payments. Presently, the largest market with penetration of mobile money is Kenya where M-Pesa rules supreme. M-Pesa lets people transfer money using their phones and remains one of the most successful examples of digital currency usage globally. In the US, the growth of digital currency from 2015 to 2016 has been in excess of 200 percent, primarily because players like Apple and Samsung heavily invested in developing an ecosystem.

Although, Apple and Samsung have yet to really push outside of their market with their digital payment products - Apple Pay and Samsung Pay.

What are the benefits for consumers in alternative currency adoption?

The strength of digital currencies come in at the day-to-day transactional level, replacing cash (not cards as most believe) transactions and providing a safer alternative to cash that can’t be lost, doesn’t require you to carry change or walk up to an ATM. As mobile penetration increases and consumers look for more convenient and safer payment options, we expect that the appetite for digital currencies and digital payments will only grow.

Digital payments broadly encompass Bitcoin and cryptocurrencies – which are a subset of digital currencies.

Many banks today are offering digital payments as an alternative to card payments with no incentive and nothing additional for the consumer. Banks need to create awareness about the real strength of digital currency – which lies in  replacing small cash transactions and removing the need for carrying money.

The customer naturally relies on the vendor for complying with the required safety and security norms when it comes to digital currency. The appropriate vendor and the regulator need to ensure that they have the right security framework in place. Bitcoin eliminates the risk of fraud for merchants, making it easier to facilitate global transactions.

What are the main drawbacks?

As some Bitcoin exchanges have discovered the hard way, when money becomes digital it exposes the individual to a much larger and sophisticated “pick pocket” risk. But the technology is moving to counter these concerns quite aggressively and by limiting the transaction amount, in the same way that contactless payment has, the drawbacks are minimal when compared with the benefits.

BlackBerry’s Advanced Assurance division works with multiple banks, cryptocurrency providers and payment engine developers to ensure that their products are developed on a solid, scalable and most of all secure foundation against international payment standards. In many cases the payment providers are startups with a great idea but no in-depth awareness of the existing threats, we ensure they are prepared and so their clients are protected.

What do you see as the main challenges in expanding mobile wallets and digital currency usage?

E-commerce is driving the adoption of new technologies around the world but several countries in the developed and developing economies are still slow to adopt mobile wallets and digital currency usage.

Driving adoption needs to come off the back of a value add. Currently, the early adopters – for instance the banks, are offering to replace cards with a mobile device. There is no added value for the customer. However,  if using the device allows a customer  to track their spend, file expenses with digital receipts and offers  the best currency transfer rates wherever they travel, the likelihood to adopt mobile wallets and digital currency is much higher. Banks need to realise that real adoption is a win-win situation for both sides because managing cards is a huge cost that any financial institution could well do without.

How do you see the future of digital currency in the Middle East, with particular regards to mobile?