Samsung Galaxy S5 Plus vs. Apple iPhone 6: Which will Win the Christmas Sales War? 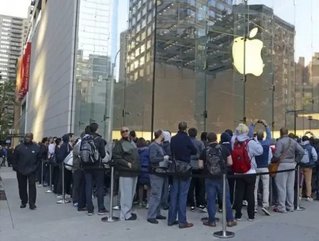 The €600 Samsung Galaxy S5 Plus has quietly launched in the Netherlands and could be set to reach other parts of Europe in the coming weeks.

Potential buyers can view official product pages on Samsung’s website to get a flavour of what might be about to come their way.

Having launched first in Singapore in August, the upgraded S5 boasts a 2.5GHz Qualcomm Snapdragon 805 processor in place of the original S5 Snapdragon 801 version. A new chipset should also see a graphical and power management improvement.

Other specs include a 5.1-inch full HD display with a resolution of 1920 x 1080 pixels, 2GB of RAM, 16GB of internal storage capacity, a 16-megapixel rear shooter and a two-megapixel front camera.

A rollout into Europe appears imminent, but can the device reach the heights soared to by bitter rival Apple, whose iPhone 6 smashed records last month when it went on sale?

In the first three days of sale Apple sold more than 10 million of its newest smartphone models, with the product set to become available in 115 countries by the year end.

Commenting on the success, Tim Cook, Apple’s CEO, said: “Sales for iPhone 6 and iPhone 6 Plus exceeded our expectations for the launch weekend, and we couldn’t be happier. We would like to thank all of our customers for making this our best launch ever, shattering all previous sell-through records by a large margin.

“While our team managed the manufacturing ramp better than ever before, we could have sold many more iPhones with greater supply and we are working hard to fill orders as quickly as possible.”

The iPad Air 2 has also recieved positive feedback since its recent launcg, with Apple looking to assert the sort of dominance in the smartphone market as it currently holds in the tablet arena.

The S5 Plus will have to compete with the iPhone 6 and iPhone 6 Plus’s respective 4.7-inch and 5.5-inch Retina HD displays, and all-new thin and seamless design. It is also up against the A8 chip with second generation 64-bit desktop-class architecture, advanced iSight and FaceTime HD cameras, ultrafast wireless technologies and Apple Pay.

On top of this there is a newly-honed Touch ID, an ultra-fast way of unlocking and accessing apps on the iPhone. Although this is not new to the iPhone 6, it is a major step ahead of its Galaxy rivals.

The giants will go head to head over the Christmas period, a window which could reveal a fascinating insight into whether the Galaxy series is keeping up with the ever-evolving conveyor belt of innovation coming from Apple.