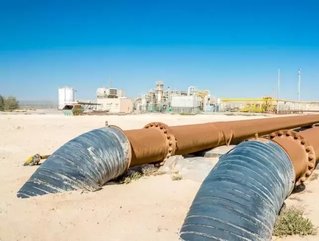 Saudi Aramco has committed to two major deals over the past week which will see the company diversify its operations and increasingly look to take advantage of industrial IoT as part of a new strategic focus.

The company is adjusting its priorities to fall in line with Saudi Arabia’s Vision 2030 which aims to reduce the country’s reliance on oil in the form of a new added value roadmap partnership with Schlumberger and an agreement to work with US tech giant Honeywell to make the most of other opportunities for development in the country.

A memorandum of understanding has been agreed with Schlumberger to develop an In-Kingdom Total Value Add roadmap, which will lead to the creation of jobs and developments in a number of sectors throughout Saudi Arabia.

The roadmap will also see an increased usage of Schlumberger technology which will increase local capacity and deployment capabilities as well as reducing delivery times.

Paal Kibsgaard, Chairman and CEO of Schlumberger, said: “For more than 75 years, Schlumberger has supported Saudi Aramco and the Kingdom of Saudi Arabia’s oil and gas industry through an unwavering commitment to train and develop Saudi talent, and through a comprehensive portfolio of technologies, execution of integrated projects, and world-class research collaboration."

The other deal has seen the oil producer agree to work with Honeywell to use the tech giant's cloud-based services and predictive analytics to increase the reliability of Saudi Aramco’s operations as well as increasing yield and throughput.

Utilising Honeywell's Connected Plant solution (HCP) will allow Saudi Aramco to maximise how to capitalize on introducing industrial IoT technologies and, according to Saudi Aramco CEO Amin H. Nasser, this demonstrates the company’s main strategic objective which is to partner with IT and technology leaders who can add value to not just the company but the country as a whole.

He told Trade Arabia: "Having worked closely with Honeywell for the past six decades, we have established a unique professional relationship based on mutual trust, common goals, and shared commitment to our industries – a reflection of the strong relationship between Saudi Arabia and the US.

"This agreement represents a new platform to further enhance these efforts, and I look forward to this exciting chapter as we continue to leverage decades of global and regional experience in the sector.”