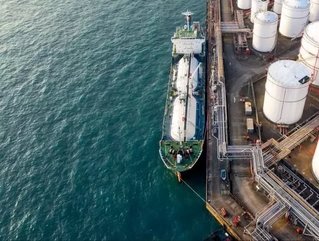 Boris Ivanov is the Founder and Managing Director of GPB Global Resources B.V., discusses the current landscape of the oil and gas industry in Africa.

The global oil industry is facing its biggest ever drop in demand. The price of oil plummeted to below $20 a barrel on Sunday, its lowest level for 18 years, as traders responded to the widespread lockdowns in place across the world, and the expectation that production will have to shut as global oil storage reaches capacity.

Oil prices have now dropped more than two thirds this year alone and the financial markets have not fallen by the same magnitude since the dot.com crisis, though this time the fall happened in a matter of weeks rather than years. At the time of writing, three of the G7’s leaders are running their countries from quarantine, airlines are grounded, offices are shut, and commuters are staying at home.

For Africa’s biggest economies, the news is devastating. African oil producers are expecting multi-billion-dollar losses in state revenues this year alone and lost market share that may never be regained. For Africa’s people, it will mean an immediate reduction of state budgets and public spending, which will be a desperate blow to the macro-economic stability of the continent.

This situation is being further compounded by the Saudi Arabia and Russia price war, as Africa’s producers cannot compete with the low production costs of those nations. While non-OPEC nations such as the UK and the USA also have high production costs, their economies are diversified in a way that means they are not reliant on oil to the same extent. If you look at Nigeria, the continent’s biggest producer, the country depends on oil for 70% of its government’s income and at least 90% of its foreign currency earnings. For some African nations, the security of the state is deeply intertwined with the global oil markets.

Nigeria, alongside other largest oil producing countries Angola, Algeria, Egypt, and Libya dominates Africa’s oil production, and collectively they account for over 85% of the continent's oil production. In Angola, for example, oil accounts for approximately 90% of exports and nearly 80% of the state budget. Angola, along with Nigeria, both OPEC members, are now selling oil with high production costs at hugely discounted prices.

Importantly for African economies, this will hinder the ability of their governments to tackle impending coronavirus outbreaks. With currencies rapidly losing value against the dollar, imports are becoming more expensive, while international investors are retreating to focus on problems at home. Despite this fall in revenue, African nations will need to increase in spending on both public health measures and to counter the huge economic impact of lockdown measures. The recovery begins now.

There is already recognition that fiscal austerity policies will need to be abandoned. The immediate focus instead is minimising the risk that liquidity problems will develop into solvency ones. A group of African finance ministers have already called for a $100 billion stimulus package to help deal with the pandemic, while the IMF has made $50bn available for emerging countries and is set to waive debt payments for the poorest hit. The African Development Bank has also now placed a three year $3bn social bond called “Fight Covid-19” to re-open debt markets. Much more will be needed, but it is the right start.

Other oil producing countries impacted will likely include Equatorial Guinea, Gabon, Cameroon, Tunisia, Congo, the Democratic Republic of the Congo, Côte d'Ivoire and more recently, Ghana. In Ghana there is some positive news. The country has a $900m stabilisation fund from oil revenues and back in January a $3bn Eurobond was issued just before the market shut to African issuers. This should at least give the country some stability in the short-term.

This is an exercise in buying time. The dramatic drop in oil consumption, particularly in China, is painful for African oil producers. Many African nations had been gradually modernising within the framework of the global economy, but since the turn of the century China has been engaging far more with African nations for trade and bilateral co-operation. While Sino-Africa relations have developed rapidly in that time, flushing economies with capital and infrastructure investment in exchange for oil deals, the dependence on the People's Republic of China - the world’s largest energy consumer now has serious repercussions as demand falls.

In 2000, Sino-Africa trade stood at just $10 billion, but by 2014 it had grown to a high of $220 billion. Since 2009, China has been Africa’s largest trading partner and its own recovery will play an important role here. China has a highly leveraged economy and it cannot afford to standstill much longer. Once transport and economic activity resume, oil and gas consumption will increase, and a more sustained recovery can begin for African oil producers when they need revenues most.

Until then, there is a possibility that many of the world’s nations will turn away from globalization and become more localised in implementing policy and market interventions. African nations must continue taking more responsibility at the regional and international level and focus on a co-ordinated continental response. On the 26th of March, the African Union agreed to establish a continental Anti-COVID-19 Fund with seed funding of $12.5 million to develop a coordinated African response to curb the spread of the virus in Africa. Simultaneously, measures and plans set by the African Investment Bank must continue to stimulate economic development and diversify the economy, as well as support the current plans to establish an African Economic Community, with the aim of a single currency by 2023. These initiatives have great promise and potential and should not be abandoned.

These economic growth and development plans introduced by the African Union can boost economic and social integration across the continent during this period. These organisations while not perfect, are African and require a certain amount of buy in. This will mean strengthened cooperation between African oil producers, pooled investment, intra-African trading and knowledge exchange.

African nations experienced an oil price crisis before in 2014 and have become more resilient in battling market volatility. With close cooperation, strong statesmanship, a unified African voice and wider support from international institutions and partners, the continent can continue to address the debt relief and investment needed to set Africa and its oil industry on the road to recovery.