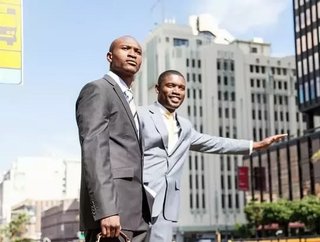 Many of us have experienced the simplicity and convenience of hailing an Uber. It certainly seems like the 180-degree opposite of South Africa’s fragmented, informal (and sometimes unreliable) public transport networks.

But what if we could use the principles and the technology that made Uber great, and apply them to our urban public transport systems? Could we bring order to the chaos, and improve the lives of millions of commuters?

The answer to both questions is a resounding ‘yes’. In fact, the sensors, the geolocation technology, and the strong smartphone penetration are already in place.

In pilot programmes within South Africa’s largest metropolis, Johannesburg, users will soon be able to fire up an app, and get real-time views of the nearest buses meandering to their next stops (just like tracking your approaching Uber driver). They’ll be able to enter their departure and destination points, and immediately get a view of waiting times, travelling times, and costs.

In time, these programmes will expand to beyond just the major bus operators, into other forms of transport as well – potentially including trains, taxis, and other ride-sharing services.

Power to the people

With hundreds of bus, taxi and train routes weaving around the city, the fabric of our public transport system is highly elaborate, and often confusing for users. But by surfacing relevant, point-in-time, information, commuters are able to more easily plan their way to work or to home.

Daily schedules and defined routes certainly exist, but the reality is that in South Africa, the schedules are often affected by delays, congestion, power outages, and other issues. By using mobile apps, we can minimise those problems by showing users a real-time view of the nearest bus, where it’s stopping, and where it’s ultimately heading.

This is the exciting promise of digitisation. Armed with well-packaged information, consumers have greater power and control – enabling them to make smarter choices about which public transport method to use. It makes the experience of public transport a highly personal one.

And by analysing a user’s most common routes, proactive alerts can be streamed to targeted groups of commuters, to let them know of any issues that may affect their travel times on that day, further enhancing the sense of personalisation.

For public transport operators and city officials, this data can also be used to optimally plan new transport infrastructure, modify the schedules, and increase the throughput of daily commuters.

Public transport in South Africa is at a cross-road, affected by a number of colliding local and global forces.

Locally, cities and municipalities are under increasing pressure to formalise their taxi networks – with the goals of creating better public-private partnerships, increasing tax and license fee collection from operators, and improving commuter safety.

Globally, the advent of the so-called “collaborative economy” has kicked into gear a wide variety of new ways to get around – from ride-hailing apps, to car-pooling services, to bicycle rentals, and more. Before too long, the effects of these new social shifts will start filtering into South African transport.

Municipalities that make investments in the right technologies will be well placed to address these local and global opportunities. The road might start with a simple app, but who knows where it will lead...

Craig Heckwrath is a Product Development Manager at Inervate is a T-Sytems company in South Africa.