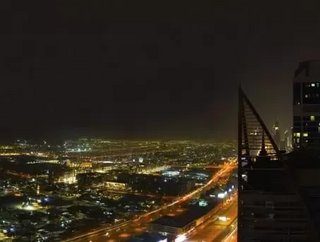 Digitalisation hits the road as Siemens has announced a Digitilisation Roadshow across the Middle East.

The roadshow looks set to bring together leaders from government, private sector and education all with the goal of developing a roadmap for digitlisation implementation throughout the UAE.

“A connected Middle East means seamlessly interfacing the physical world of humans and machines with the virtual world of big data,” says Siemens.

The big question placed under the spotlight throughout the roadshow will be the regional impact of digitalistation technologies, including the role of IoT, Cyber Security and Additive Manufacturing.

Siemens will bring together global and regional industry experts and thought leaders for in depth discussion and debate as the company plans to “co-create” the new age of digital transformation, implementing the digital enterprise in the UAE.

The first stop will be The Oberoi, Dubai this week, taking a close look at:

The future of energy with digitalization

How digitalization is shaping smart cities

Then it will be Abu Dhabi on 23 May, followed by Cairo, Egypt in July before a double stop in Doha, Qatar and Kuwait City, Kuwait in September this year.

Business Review Middle East is consistently looking at the implementation of technology, the digitalisation of the UAE and the world of tomorrow.

In April, we looked at how Emirates National Bank of Dubai has embraced the digital transformation and the impact it has had on financial services in the UAE.

We also detailed the Global IT Summit 2017, a coming together of some of the world leaders in IT to discuss the roadmap of the digital future.

And finally, we looked at Hyperloop One, the future of the transportation industry.