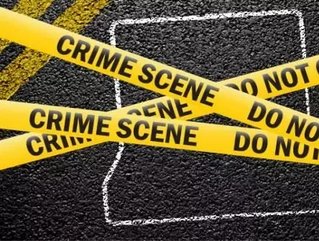 Ever since the developed regions of the world were introduced to the first smartphones back in the 1990s, this compact ‘mobile computer’ has grown both in its popularity and capabilities. In fact, for several years now, the innovation that was originally targeted at on-the-go businessmen has begun to rival the rest of the mobile phone market, and indeed laptop market, with huge growth in demand.

And now Africa, although a little behind the rest of the world, is following suit and beginning to experience the same effects. Last year, at Microsoft SA’s Tech-Ed Africa 2009 conference in Durban, Executive Fred Baumhardt revealed that mobile devices such as smartphones are entering the market four times faster than PCs or laptops.

Experts often talk about the ever-blurring line between feature phones and smartphones, but can that same argument be applied to smartphones and laptops?

While most of us are still in the midst of economic woes, it is the smartphone’s price that’s holds us back. And Africa, as a developing continent, understandably fairs no differently. In fact, price alone has kept many Africans off the web entirely. But this seems to be a trend on the move.

“While smartphones are twice as expensive as conventional cellphones, their prices have dropped significantly and within the next five years every mobile phone you buy will be a smartphone,” Baumhardt said.

Analysts have predicted that within the next year or two the cost of smartphones will be driven down into the mass market price point. And firms such as Research In Motion (RIM) are already singling out affordability as a key driver as it expands into Africa.

Deon Liebenberg, Regional Director for Sub-Sahara Africa, RIM, says the BlackBerry Curve 8520, introduced in South Africa at the end of 2009, is “both affordable and easy to use, making it the ideal first smartphone for the millions of South Africans who have yet to make the switch from cellphone to smartphone”.

With the Blackberry featuring the same functions as a laptop, camera, media player and even a sat-nav, the smartphone has the potential to replace the need for other gadgets, providing huge cost savings. Couple this with the advantage of being ‘pocketable’, rather than just portable, and it’s easy to see why the all-encompassing smartphone could be the death of the five-pound chunk of plastic, otherwise known as the laptop.

Baumhardt, however, thinks not. “PCs will also always be relevant,” he says, explaining that because smartphones cannot provide the richness of power and diversity of activities that a laptop or PC can perform, successful companies would be those that integrated multiple experiences and multiple interfaces to users – in other words both the laptop and the smartphone together.

But is Baumhardt thinking just in terms of smartphones today? What about the future smartphone; challenges addressed, capabilities enhanced, prices dropped? Even looking back on the past year, smartphones have become much more powerful. So powerful, in fact, that they can handle virtually every computing activity that a typical business traveler may ever need.

Despite the hold backs, today’s smartphones have made a dramatic entry into corporate South Africa. ‘The Mobile Corporation in SA 2010’, a new World Wide Worx report backed by First National Bank (FNB) and RIM, reveals that 75 percent of South African companies have deployed smartphones within their organizations. Compare this with almost none two years ago and the findings are remarkable.

“These results show that enterprise mobility solutions are no longer just nice to have. They’re essential for businesses that want to be competitive, responsive and efficient. Smartphones are now mainstream devices within South African businesses,” says Deon Liebenberg, Regional Director for Sub-Sahara Africa at RIM.

But, according to Liebenberg, the smartphone revolution has only just begun. “Enterprises should now be looking at what smartphones mean for their businesses in a more strategic and holistic fashion. They need to work towards mobilizing their core internal and customer-facing processes so that their employees can use ubiquitous connectivity to be productive and responsive wherever they are.

“Not only does mobility allow companies to improve internal efficiencies and communications, it also enables them to interact more effectively with their increasingly mobile customers.”

The report also shows that within large South African companies, the use of landlines, cellphones and 3G data card penetration has reached near-saturation, meaning that firms are now turning to smartphones for business processes integration.

The combined effect of the smartphone is that, while an organization’s building and infrastructure may still be confined to a specific site, its people, activities, information, documentation and data have been freed from location.

“We are literally seeing the foundations being laid for the company of the future,” says Arthur Goldstuck, ICT analyst and Managing Director of World Wide Worx.


The top 10 most popular smartphones used in SA to access the internet, according to AdMob Mobile’s Metrics Report April 2010: