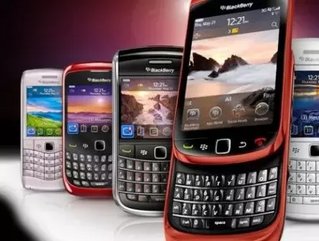 One of South Africa’s quietest tech success stories is a seven-person business that’s gone from startup to profitability in just four years – without ever marketing itself or taking a cent of outside financing.

In the process, mobile social network 2go has come to dominate the Nigerian market, where it has over nine million active users – several million more than Facebook, the company claims.

2go is a mobile social network targeting users in emerging markets, particularly in Africa. The company has over 21 million registered users with more than 10 million active users in Nigeria, South Africa and Kenya. User adoption is growing rapidly at approximately 50,000 new registrations a day.

The secret to 2go’s success, said director Peter Lockhart, has been balancing a tight focus on what 2go’s users really want – a cheap, easy way to chat and socialise using their mobile phones – with the deep technical expertise needed to deliver that experience across thousands of different devices.

Lockhart said:  “Building mobile technology for an African market is tough. Data and SMS are expensive, and our users are price sensitive and savvy. That means we have to deliver an application that uses the absolute minimum of system resources and bandwidth.

“Our response has been to develop proprietary communications protocols and compression algorithms that minimise the app’s data usage.”

The 2go team has also cracked the technical challenge of producing an app that works equally well on all of the myriad feature phones that still dominate the African market.

“It’s much, much harder to develop for feature phones than for smartphones,” said Lockhart, “partly because there is such a variety of platforms and operating systems. You need deep technical knowledge. This technical knowledge also extends to our ability to scale the back-end in a very resource efficient manner.”

The fact that 2go works well on many handsets has been critical to the viral spread of the app, said Lockhart, adding feature phones aren’t going away any time soon. Projections from Informa indicate that non-smart phones will still comprise 85 percent of the African handset market in 2015.