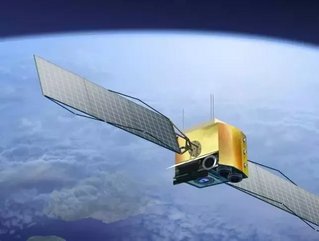 A commercial Earth observation satellite operator based in Beijing, 21AT purchased the capacity of the TripleSat Constellation and is releasing this satellite data for purchase across the world. Successfully launched in July 2015, the TripleSat Constellation consists of three identical electro-optical satellites that make it possible to target anywhere on the planet once per day.

The satellites are designed to provide one metre panchromatic and four metre multispectral imagery products with a swath of 24km; offering the best combination of spatial and time resolution resulting in numerous operational applications for customers across the continent.

Mr. Wang Zhiyong, CEO of 21AT Asia, said: “TripleSat is currently undergoing in-orbit commissioning and the initial data acquisition has produced high quality images. The radiometric calibration is continuing and all three satellites are moving towards their designed positions in the Constellation.”

“SCS Global Information is now able to provide its clients with independent all-source analytic services ensuring the delivery of timely, actionable information to the point of decision.”

The signing of this agreement marks what will surely be a solid shift towards adopting more satellite technology and fully realising the myriad of exciting possibilities that it offers, not to mention economic and time-management benefits.