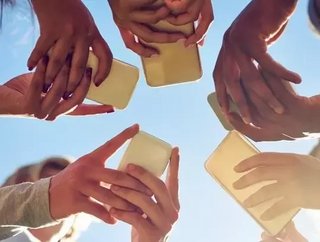 A South African social media blackout began at midnight last night, and will last for 24 hours. As a protest against extortionate data costs, South Africans are being encouraged to abstain from Facebook, Twitter, Instagram and other social media platforms today. However, during this ‘boycott’, protest hashtags #datamustfall and #socialmediablackout have been trending on Twitter. Does this mean that the protest has been ineffective?

Before the boycott began, we spoke to poet and activist Ntsiki Mazwai. A major proponent of the blackout, Mazwai encouraged her 80k+ Twitter followers to eschew social media platforms from midnight 21 June.

“We have the second highest data costs is the world,” she told us. “There is only one message: data prices must fall. We want at least a 50 percent slash.”

Mazwai called for South African’s not to buy data or log in to social platforms today.

However, there has been a lot of tweeting about the boycott going on today, so it’s unclear just how successful the blackout is.

Demands for data price reduction on social media aren’t new. South African DJ Tbo Touch launched the #datamustfall campaign last year, and South African's have been tweeting about it since.

“The denial of access to information is a denial of a basic human right,” Mazwai said. “High data costs have such a negative impact on society. Students can’t access their work, entrepreneurs can’t run their business effectively.”

Mazwai hopes the campaign will force South African telco companies to cut their data prices. Will the likes of Vodacom, Telkom, C Cell and MTN take note? Will they respond to the boycott, or has it been unsuccessful? Watch this space…